If there’s a color that inspires debate, it is indigo.

What color is indigo? Is it blue or purple?

When you’re thinking about using the color, does it matter?

Yes! Because we know that the different color meanings are important to how people:

So let’s better understand what color indigo is, and try to settle the debate. 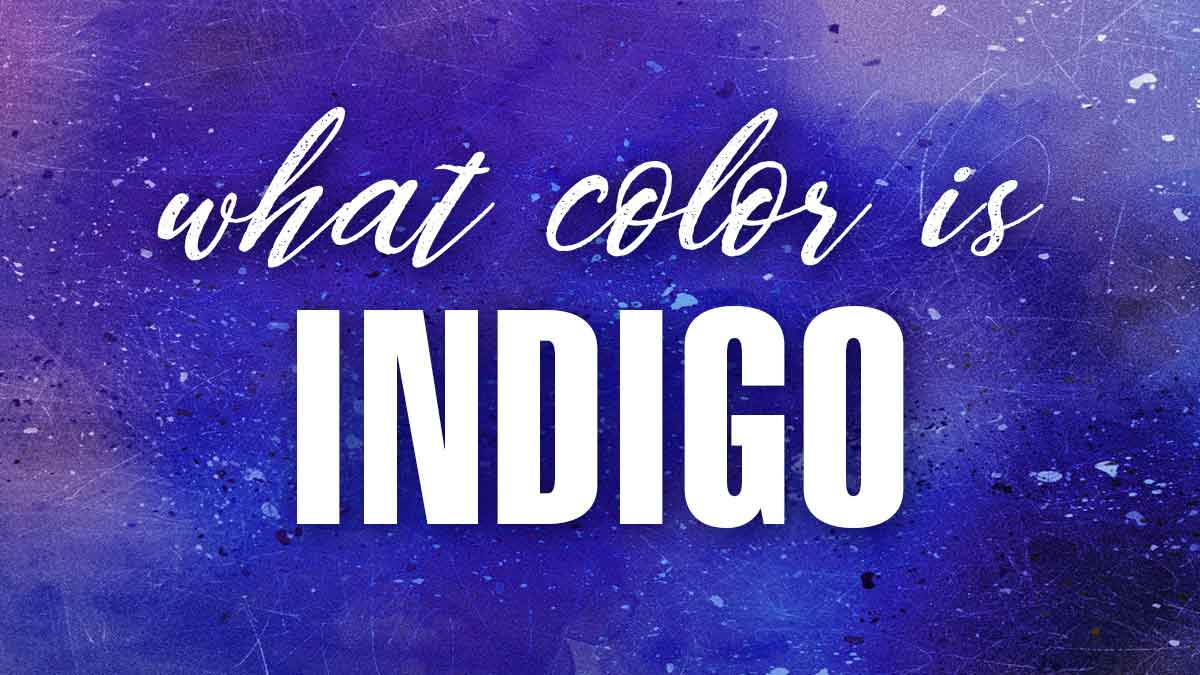 What Color is Indigo?

Indigo is a secondary color on the color wheel.

It is made by mixing blue with red, just like other purplish shades.

But there are different shades called indigo, and this adds to the confusion!

Indigo is named for the plant used to create the original dye in the color. This plant comes from India and has been used as a dye since ancient times.

The botanical name of the pant commonly called true indigo is indigofera tinctoria.

When the British came to India, they started to grow the plant in larger numbers to export the dye for the clothing industry.

It’s also one of the 7 chakra colors. 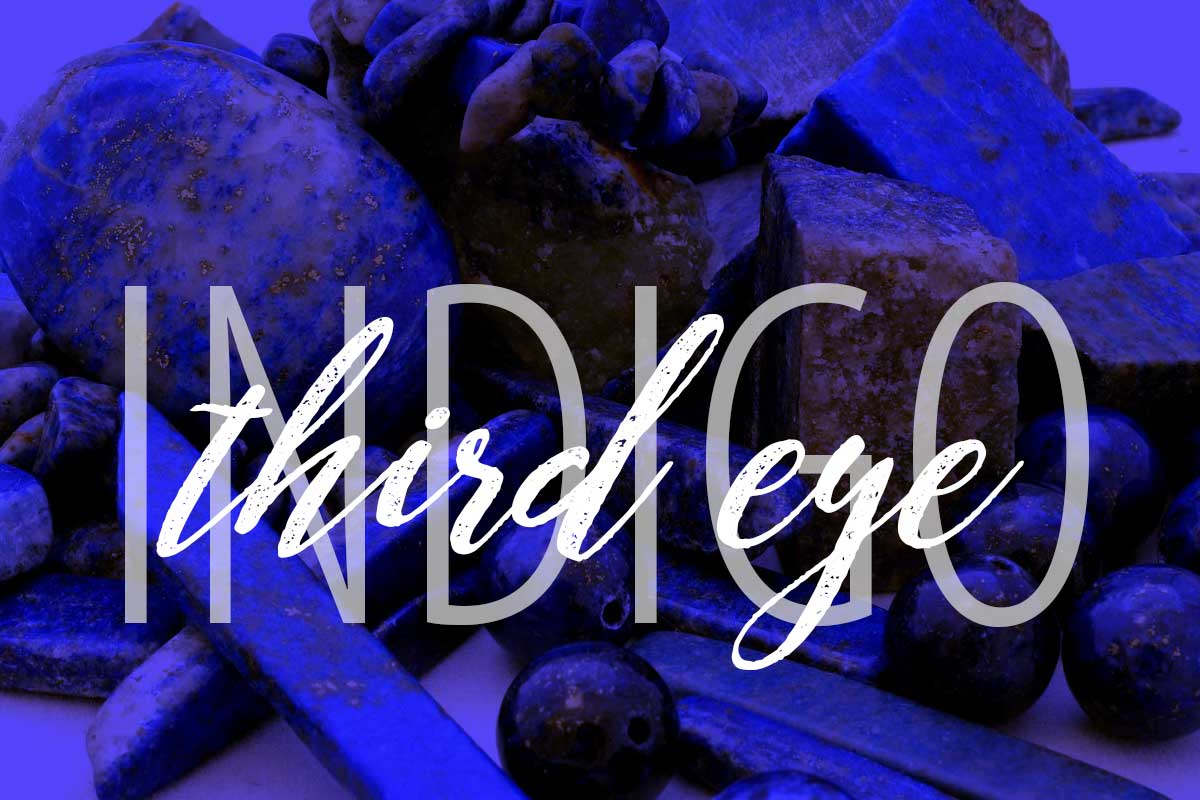 Is Indigo a Color?

There is controversy over whether indigo is even a color!

Indigo was recognized as a color distinct from blue and purple by Sir Isaac Newton in the mid 17th century.

Yes, Sir Isaac Newton is the one we have to thank for naming the rainbow colors. If not for him, we would not have the handy acronym “ROY G BIV.” Which of course stands for Red, Orange, Yellow, Green, Blue, Indigo, Violet.

Today, some people question why we include blue, indigo, and violet? Aren’t they too close to be 3 separate colors of the rainbow?

They even say that the true rainbow colors should be red, orange, yellow, green, blue, purple. Only 6!

And that Newton named 7 colors because he was into numerology and the meaning of 7 as perfection.

However – we need to realize that his “blue” was closer to the cyan blue of printing inks. Today we think of this as aqua blue or turquoise.

His “indigo” was what many people consider blue today. The indigo dye of the time is really towards the blue side of the spectrum! Think of the color of blue jeans, which were originally dyed with real indigo dye.

So indigo is clearly a distinct color.

But you can see a lot depends on how you see it and name it! 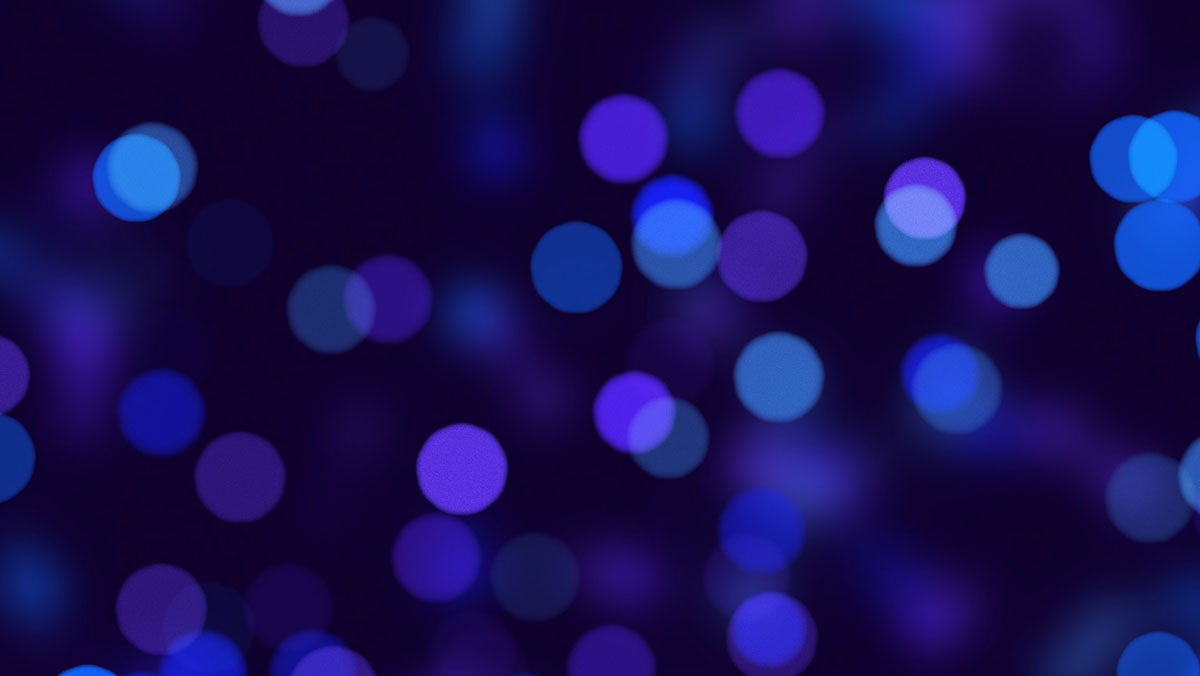 Is Indigo Purple or Blue?

Because there are different shades of indigo, it can depend on which one you are looking at.

Even the experts don’t seem sure.

Some of them are more towards the purple shade. And the color does sit between the two on the color wheel.

Pantone describes it as ‘encompassing the qualities of blue with a violet red undertone’ – so that doesn’t really help!

But the color most often is said to be a blue.

What Color Is Closest to Indigo?

Another way to decide what color is indigo is to look at the color spectrum.

So this means that indigo is closer to blue than to purple. 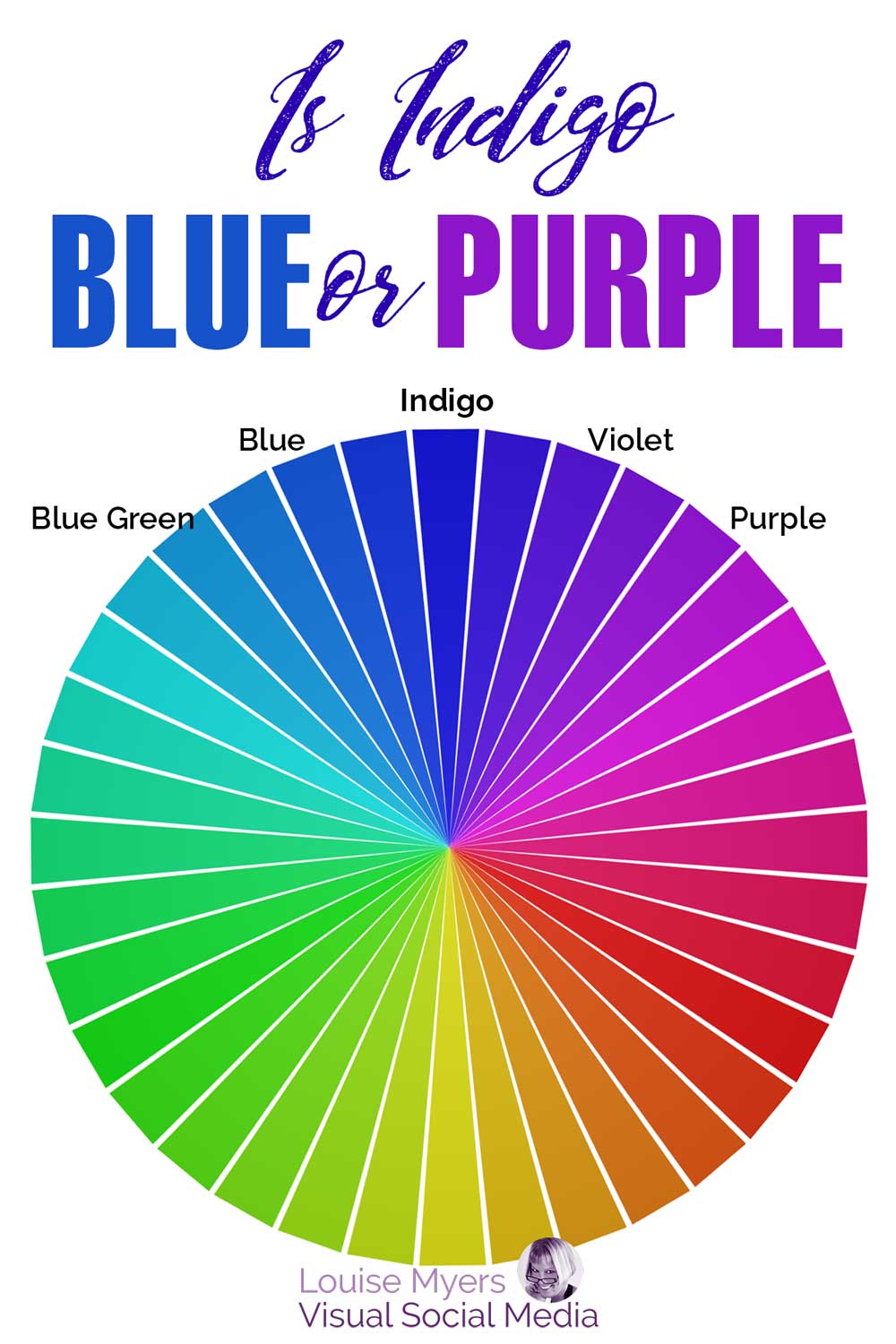 Is Indigo the Same as Purple?

Indigo is definitely not the same as purple.

Purple has a lot more red in it, and is clearly recognizable as its own color.

Indigo is much closer to blue, and sometimes isn’t easy to separate from other dark blue shades.

Is Indigo the Same as Navy?

Indigo and navy can both be classed as dark blues, but there are some clear differences.

Indigo has more purple in it while navy is darker.

Navy tends to be seen as a more traditional color while indigo is less so.

It can be tough to put indigo into a box, as there are so many different ones! This also means you’re sure to find the right indigo for your color scheme.

How to Make Indigo Color

There are 3 distinct ways to make the color indigo, depending whether your use is for:

Let’s start with the color commonly referred to as indigo in the RGB world. This one’s a more purplish shade than the traditional indigo dye, though. To me, this is a dark blue violet.

As the RGB value stands for the proportion of red, green, and blue light in the color, you can see that there’s almost twice as much blue as red in indigo. And no green.

For color printing, you’ll use process color, which is comprised of the four ink colors Cyan, Magenta, Yellow, and blacK. This same color #4B0082 in the CMYK color space is made of 42% cyan, 100% magenta, 0% yellow and 49% black.

To mix this color with paint, try 1 part red to 2 parts blue. Add black as needed.

To mix with paints, start with 1 part red to 3 parts blue. Adjust as desired. 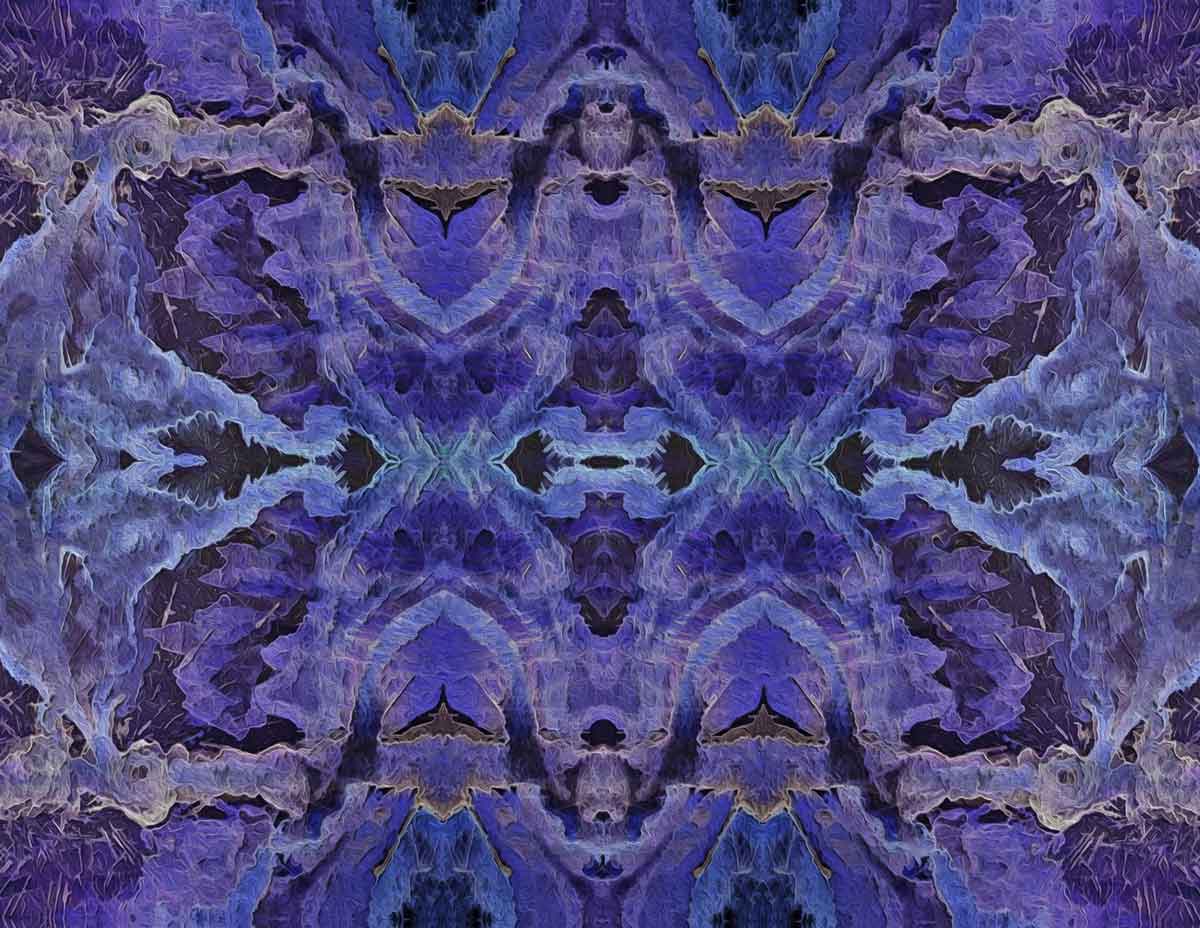 But there are more recognized shades and tints for this color.

Shades of indigo include:

How to Use Indigo

It’s also a classic color for “blue jeans.” Most shops will stock pairs in this shade.

Some people even use the dye itself to color their hair as a natural alternative to chemical hair-dying products!

How Does Indigo Make People Feel?

In terms of the color meaning of indigo, it is often associated with order, integrity, and structure.

It is often seen as an insightful and introspective color that is also encouraging.

There’s something of a flair for the dramatic with the color!

On the negative side, some people find it to be theatrical and critical.

For others, the conformity and conservative hints of the color are something they dislike.

These effects can be enhanced or diminished by which colors you use with indigo.

What Colors Look Good With Indigo?

Indigo is a very versatile color. You can use it with many other colors effectively.

The easiest combination is with white, to create something very simple and classy.

It also pairs well with yellow because the yellow warms the cooler indigo. This is a popular combination in France.

It can work for a modern combination with green, as this helps brighten the indigo.

Or pair it with a warm brown to make for a calm, relaxing palette.

Both red and orange will work when the brighter shades are used as a pop of color.

Companies That Use Indigo For Branding

Indigo is often used by companies that want to give a traditional or classic look to their branding.

The number of different color combinations that work with indigo also makes it easy to use in branding. 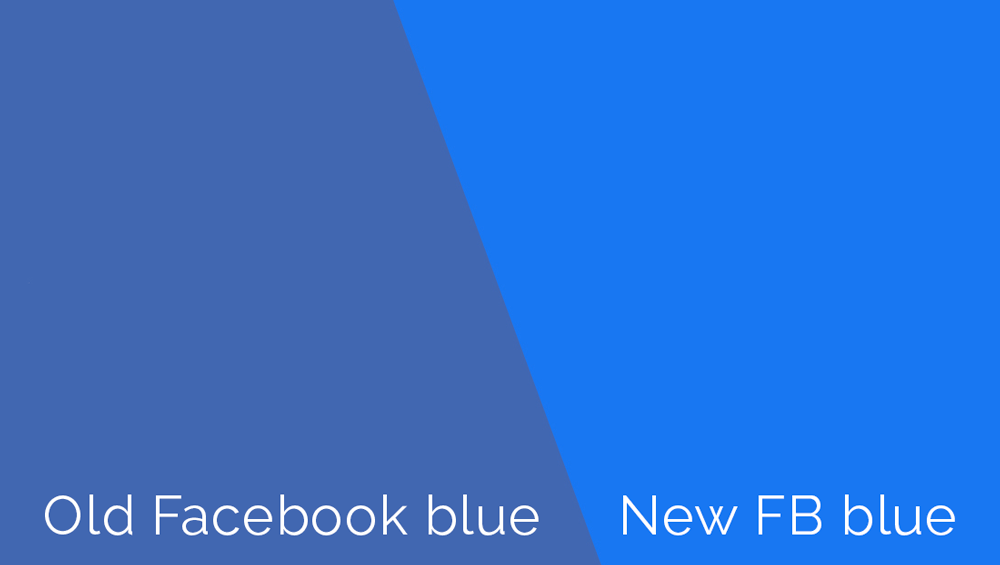 At one time, Facebook had a logo that was a tint of indigo. This softer indigo was traditional yet relaxed, like a comfortable pair of well-worn jeans.

But their current logo uses a different blue that’s more of a mixture of blue and green than blue and purple. This brighter hue has a friendlier, more energetic vibe.

Interestingly, they’ve kept a rich indigo as the Facebook Workplace color. This has a more traditional vibe than either the old faded indigo or the new, more vibrant blue.

But the touch of purple in indigo makes it more interesting and upbeat than navy blue.

The great thing about using indigo in life or business is that it doesn’t really matter if it is blue or purple.

If you love the color and it works for your needs, then it’s a wonderful shade.

But it is one that has diverse meanings!

So use indigo cleverly and you can make the most of this distinctive color. 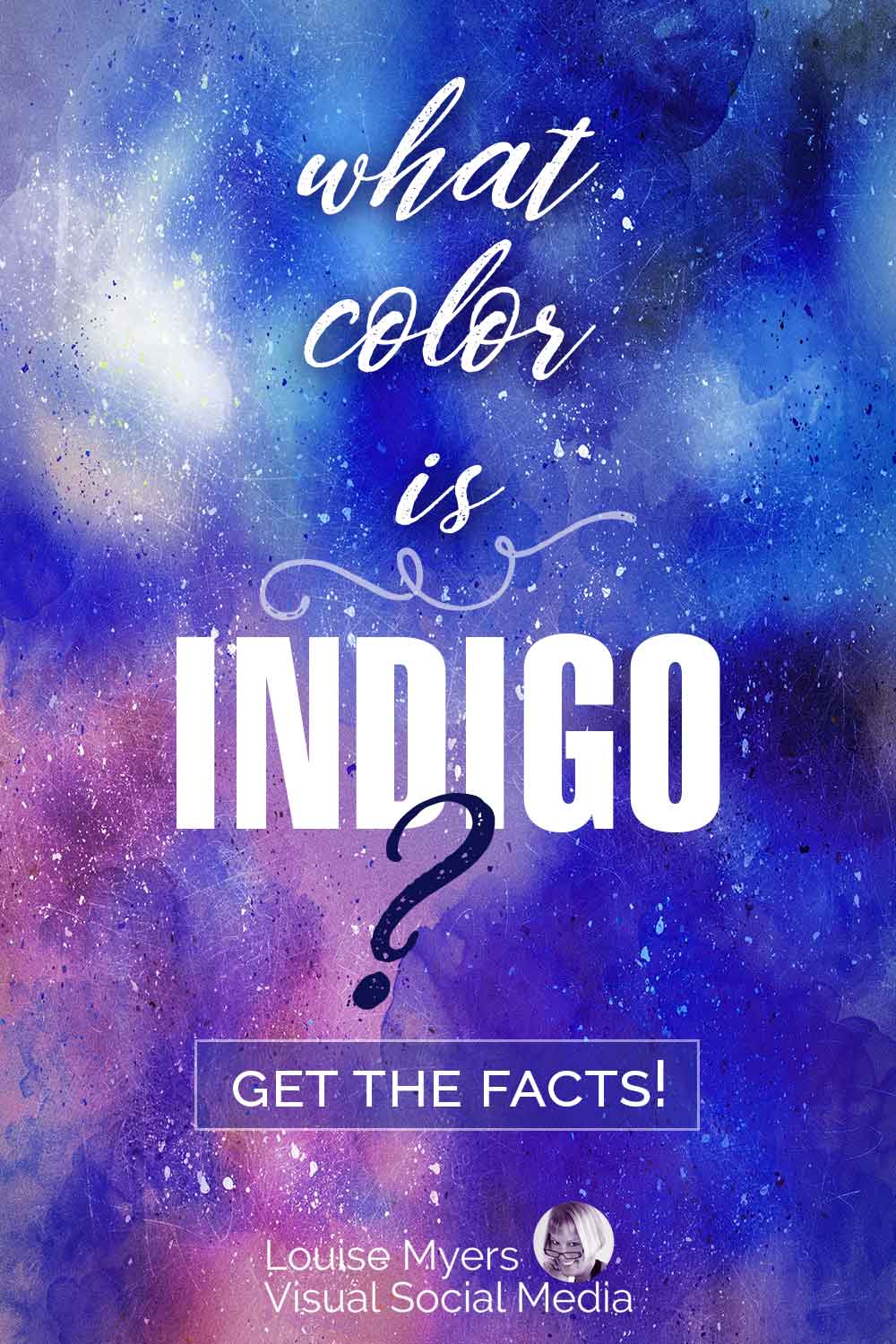