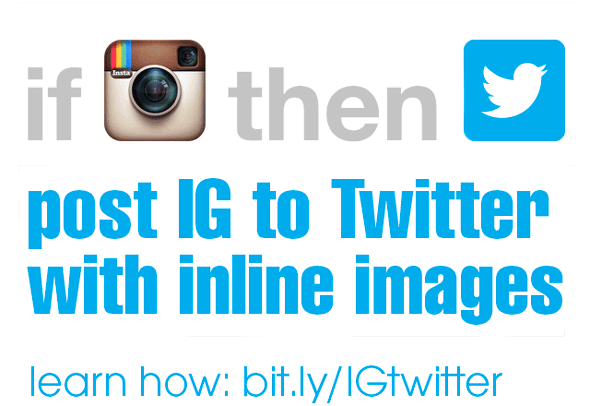 Perhaps you’ve noticed that your picture doesn’t show in the tweet stream.

Your tweeps, however, are more likely to see and retweet Twitter images that are shown right in the feed. Fortunately, there’s a better way to post Twitter images from IG. Here’s how!

Here’s a better way to connect IG to Twitter. If This Then That, or IFTTT, is a service that allows you to connect any two web services and automate actions through the social web by creating “recipes.”

That might sound complicated, but IFTTT user “djbentley” came up with a “recipe” to fix this issue, and all you need to do is set it up on your own IFTTT account!

Now, when posting an Instagram photo, include your chosen tag, and your image will post to Twitter as a native image with a card that will be seen big and bold in the tweet stream.

I love this shortcut and use it twice daily! What do you think of the Instagram to Twitter hack?