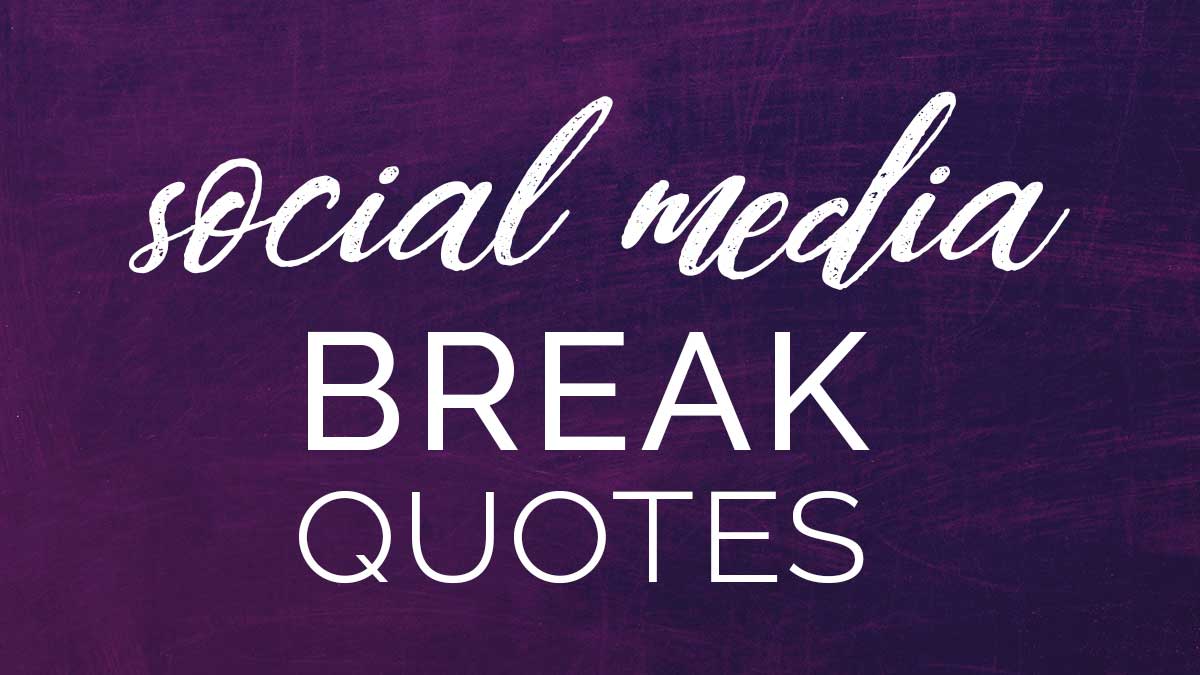 Need social media break quotes to explain your time off?

Good for you. Knowing what you need and communicating it to others is an important life skill!

While I write a lot about using social media effectively, one aspect of that is knowing when you need a break.

Social media is not all fun and games! There can be a dark side.

And if you’re not sure about that, I’ll start out with some negative social media quotes to convince you that your break is a good thing.

Next, quotes and messages to announce your social media detox break.

Then, a few thought-provoking quotes about social media addiction to seal the deal.

We’ll end on a light note with some funny social media quotes! 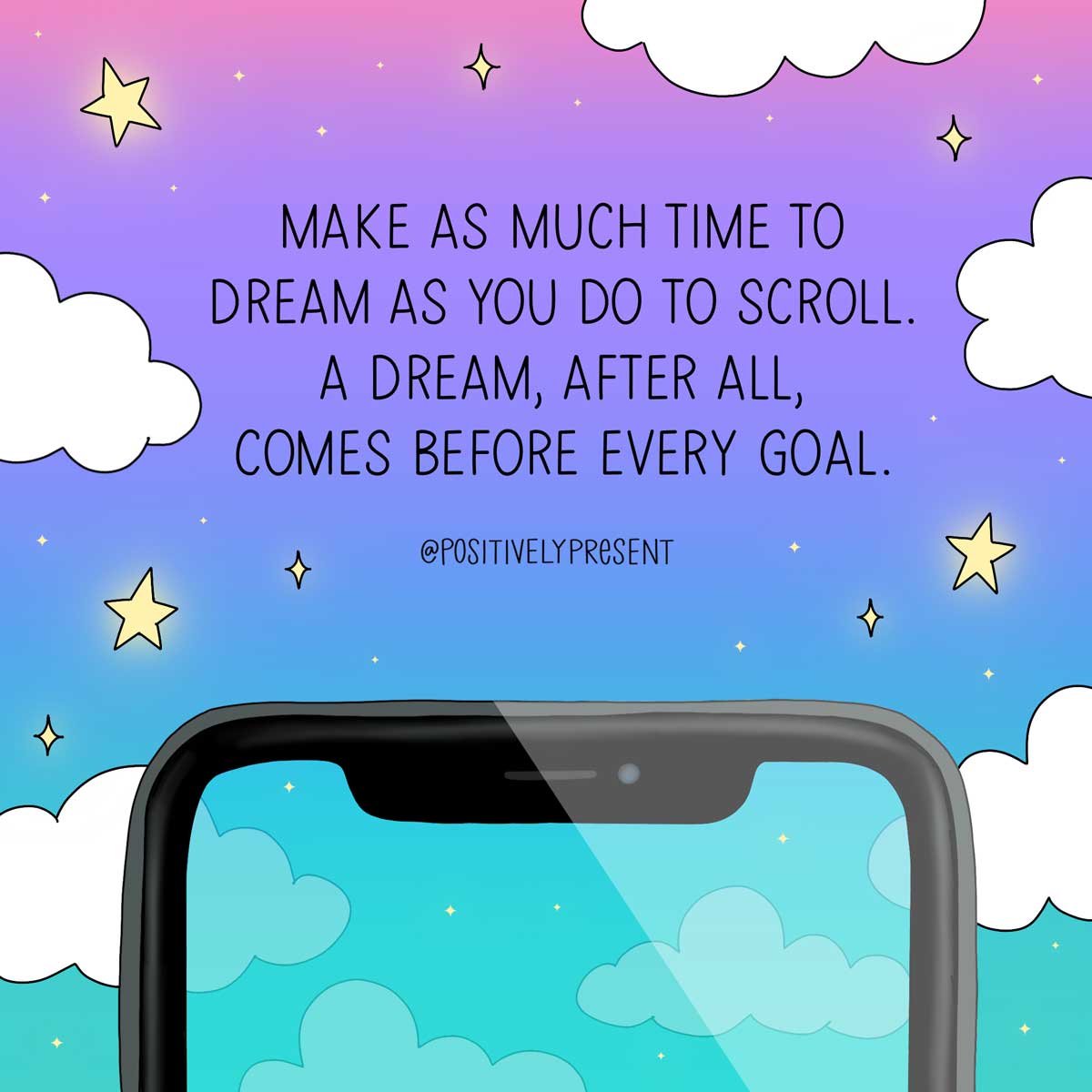 Illustrated quotes are ©PositivelyPresent and used with permission as a Patreon supporter. Follow Dani on Instagram, and pin these images to Pinterest (with a link back to this page) but don’t download the images.

Any that you find particularly resonate with you can also be used to communicate your thought process with others!

Stop letting people who do so little for you control so much of your mind, feelings and emotions.
~Will Smith

The problem with social media is you can figure out too much, and usually it’s info you’re happier without.
~Unknown

What people think of you will never be as good at providing support as what you think of yourself.
~Katherine Ormerod

We expect more from technology and less from each other. We create technology to provide the illusion of companionship without the demands of friendship.
~Sherry Turkle 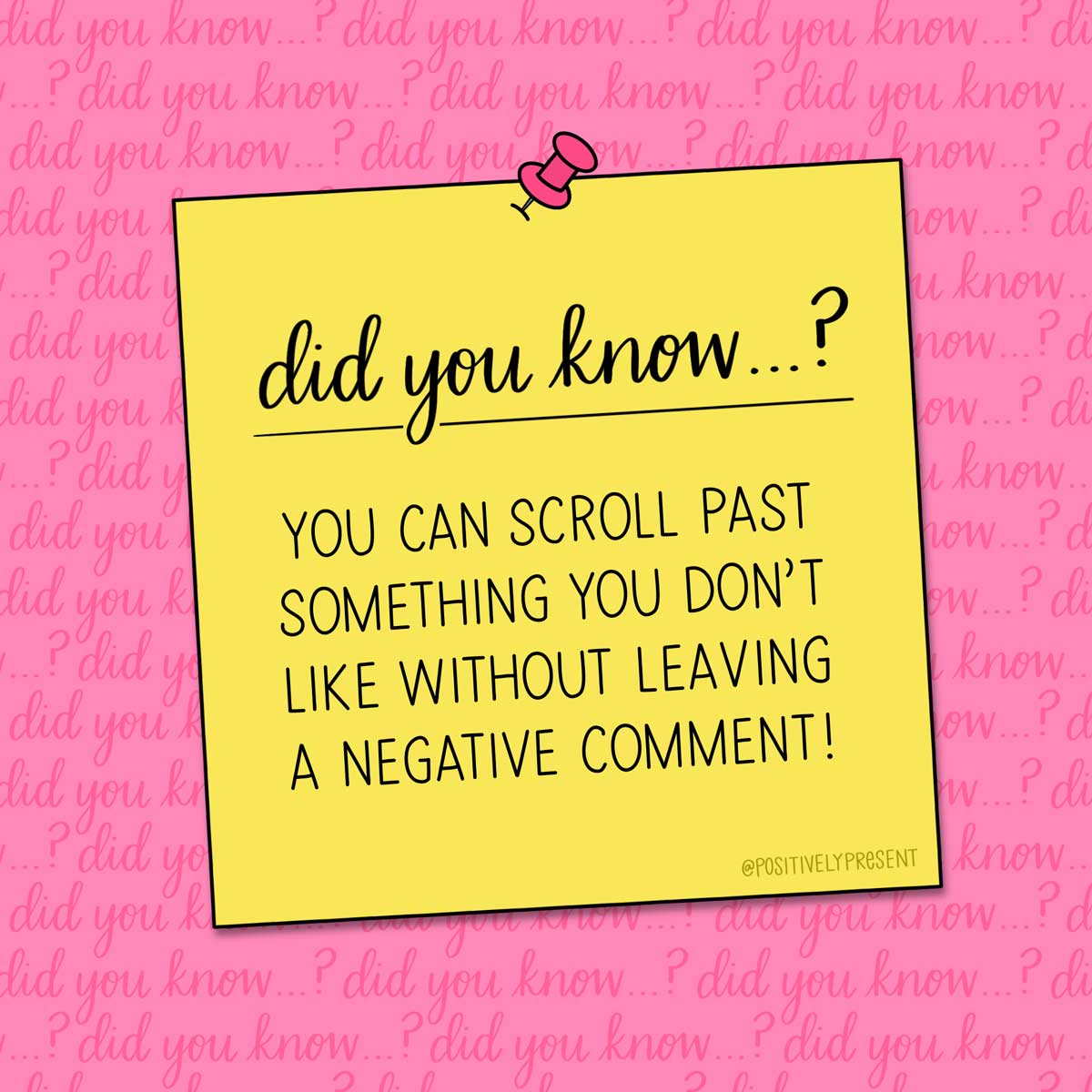 I just don’t like this compulsive, instantaneous, over-information, lack-of-privacy, weirdo aspect of the world.
~Drew Barrymore

Don’t say anything online that you wouldn’t want plastered on a billboard with your face on it.
~Erin Bury

The reason why we struggle with insecurity is because we compare our behind the scenes with everyone else’s highlight reel.
~Steven Furtick

Twitter is making people really think they are famous. This generation is stuck on social media and it’s sad.
~Unknown

Your value doesn’t decrease based on someone’s inability to see your worth.
~Ted Rubin

The dark side of social media is that, within seconds, anything can be blown out of proportion and taken out of context. And it’s very difficult not to get swept up in it all.
~Nicola Formichetti

Technology doesn’t just do things for us. It does things to us, changing not just what we do but who we are.
~Sherry Turkle 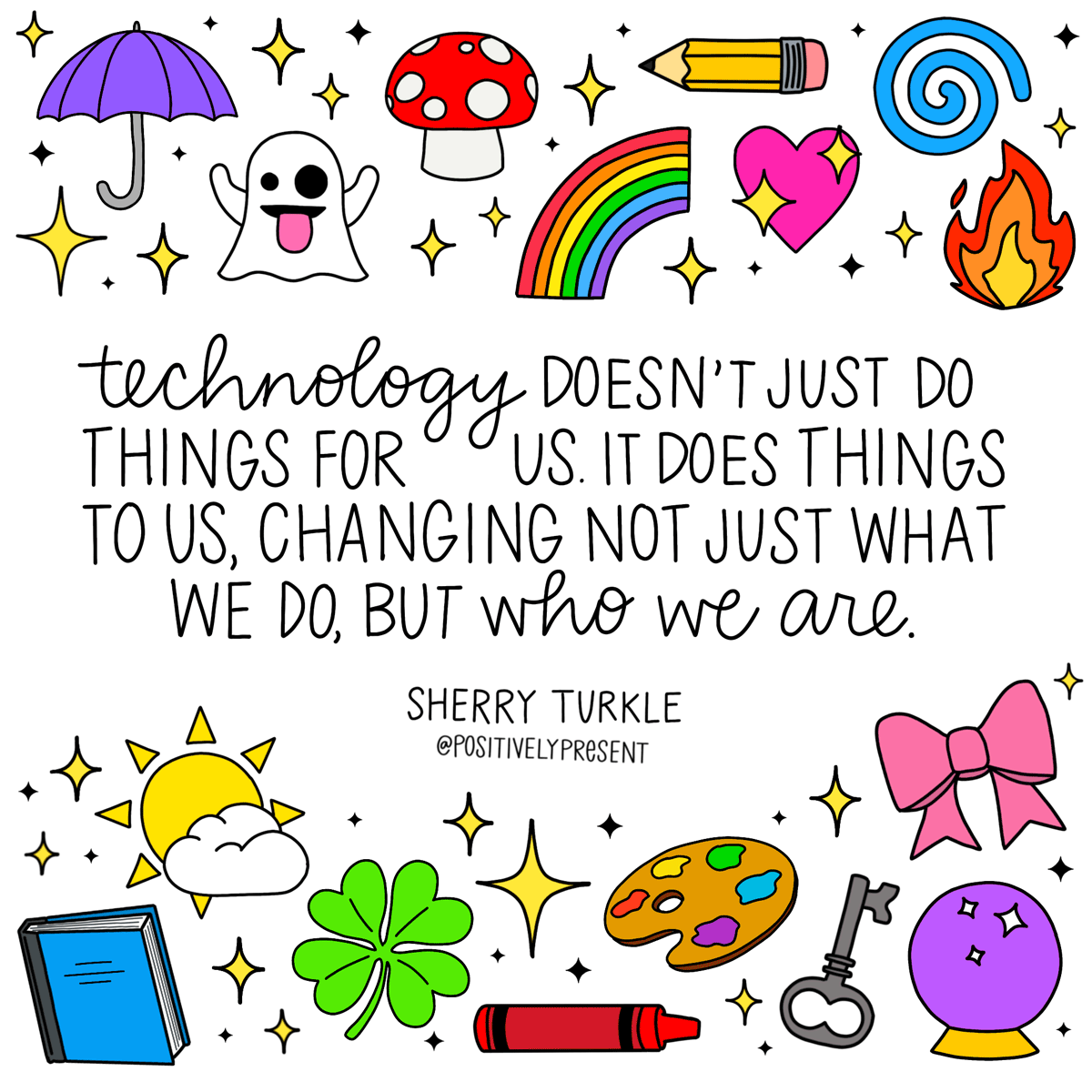 Social media has created jealous behavior over illusions. Sadly, some are envious of things, relationships, and lifestyles that don’t even exist.
~Unknown

In a funny way I think social media is making people less rather than more experimental. People are too worried about looking good all the time. When I grew up you could get it all horribly wrong and it didn’t matter, there was no record.
~Patrick Grant

The purpose of a camera is to capture memories, not replace them.
~Abhijit Naskar, The Gospel of Technology

Social media is taking over everybody’s life. To the point where actually meeting new people and talking to them seems weird.
~Unknown

Instead of diversity and originality, what the majority of people on social media appear to want is more of the same. Conformity is rewarded by both the community and the system – what we like most drives the algorithms, which in turn feed us more indistinguishable content which we happily consume.
~Katherine Ormerod

When you lose followers because of where you stand – you strengthen your tribe.
~Glen Gilmore 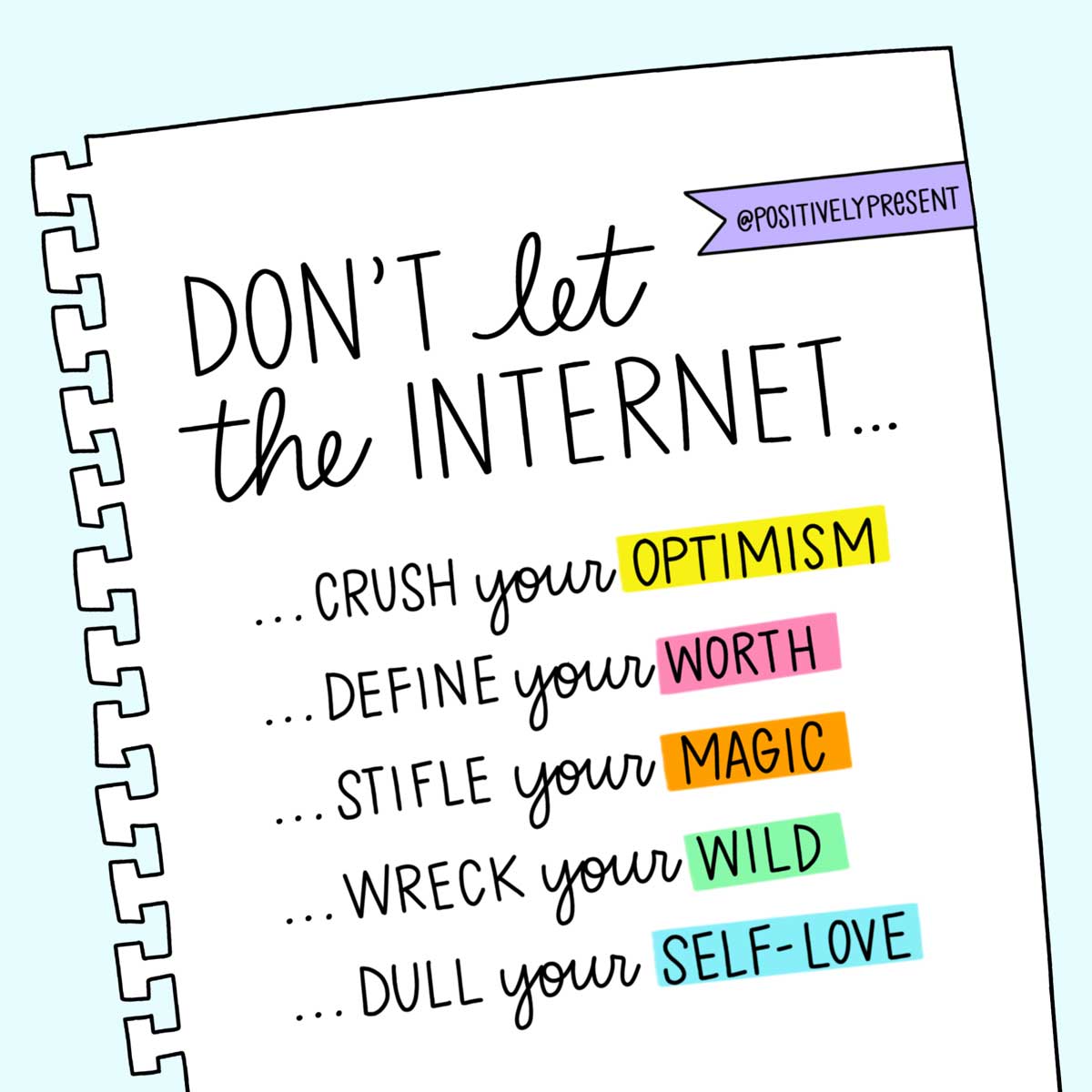 Life is what happens between social media scrolls and your self-doubt.
~Unknown

In a world of algorithms, hashtags and followers, know the true importance of human connection.
~Simi Fromen

I would say for my generation, specifically, social media has really been terrible. It does scare me when you see how exposed these young boys and young girls are. I would be careful and allow yourself some time limits of when you should use it.
~Selena Gomez

Being effective at social media, whether for business or personal use, means capturing people who have short attention spans. They’re only a click away from a picture of a funny cat, so you have to make your thing more compelling than that cat. And that can be a high bar.
~Alexis Ohanian, Reddit Cofounder

Following celebrities or people you don’t regularly see in person often doesn’t add to our happiness. The best use of social media is to deepen existing close relationships or create new ones.
~Michelle Gielan 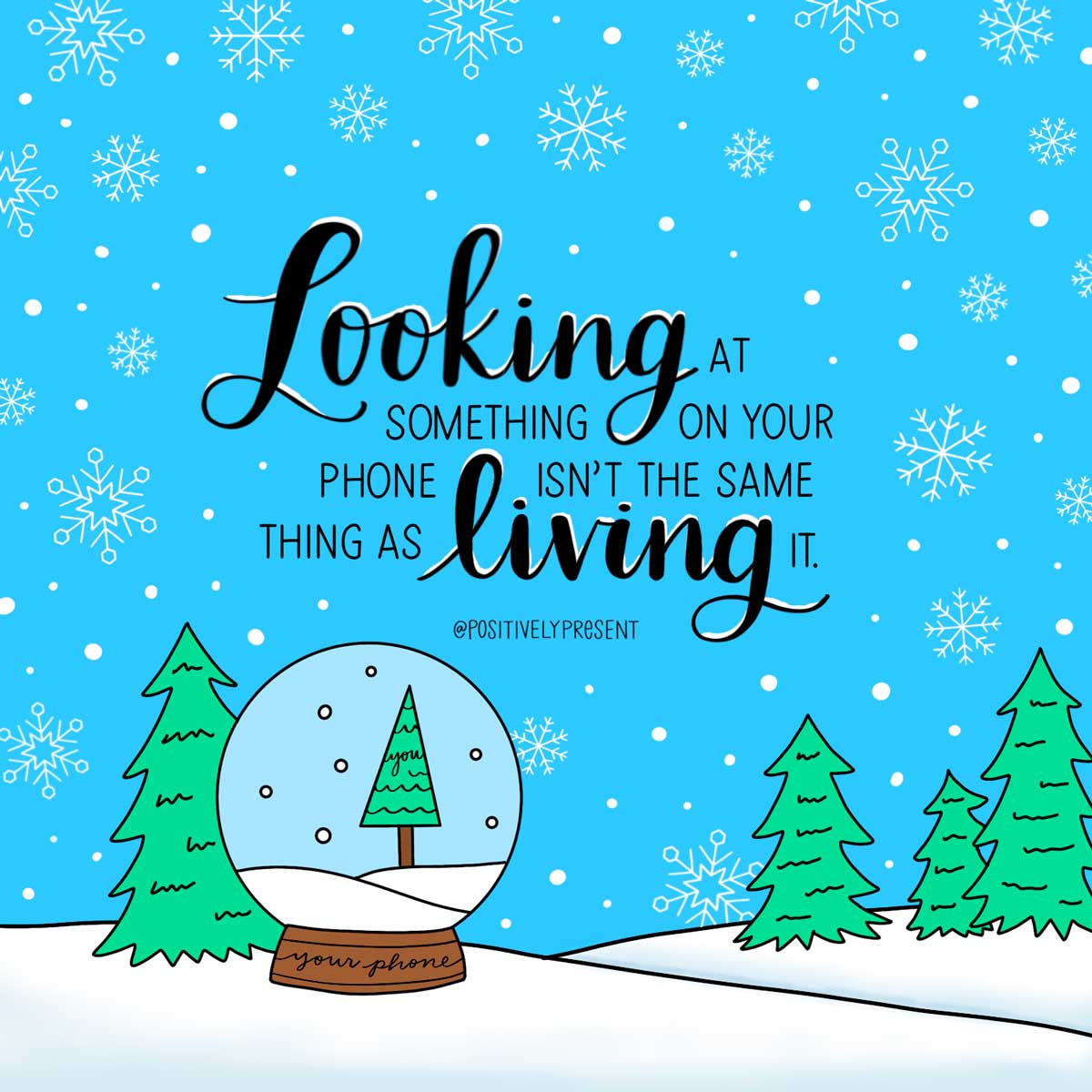 When you’re ready for your social media detox, these quotes are ideal to let your followers know.

Sometimes you gotta take a break from all the noise to appreciate the beauty of silence.
~Robert Tew

I’m having fun. I’m being myself. I’m doing what I love. That’s all that matters.
~James Charles

Taking a break isn’t giving up. It’s taking time to strategize on how to come back even more awesome.
~Winter Harris

So I am on a social media break. Pinterest does not qualify as social media. It’s just awesomeness on a screen. An endless stream of awesomeness.
~Shiku Njath

Almost everything will work again if you unplug it for a few minutes, including you.
~Anne Lamott 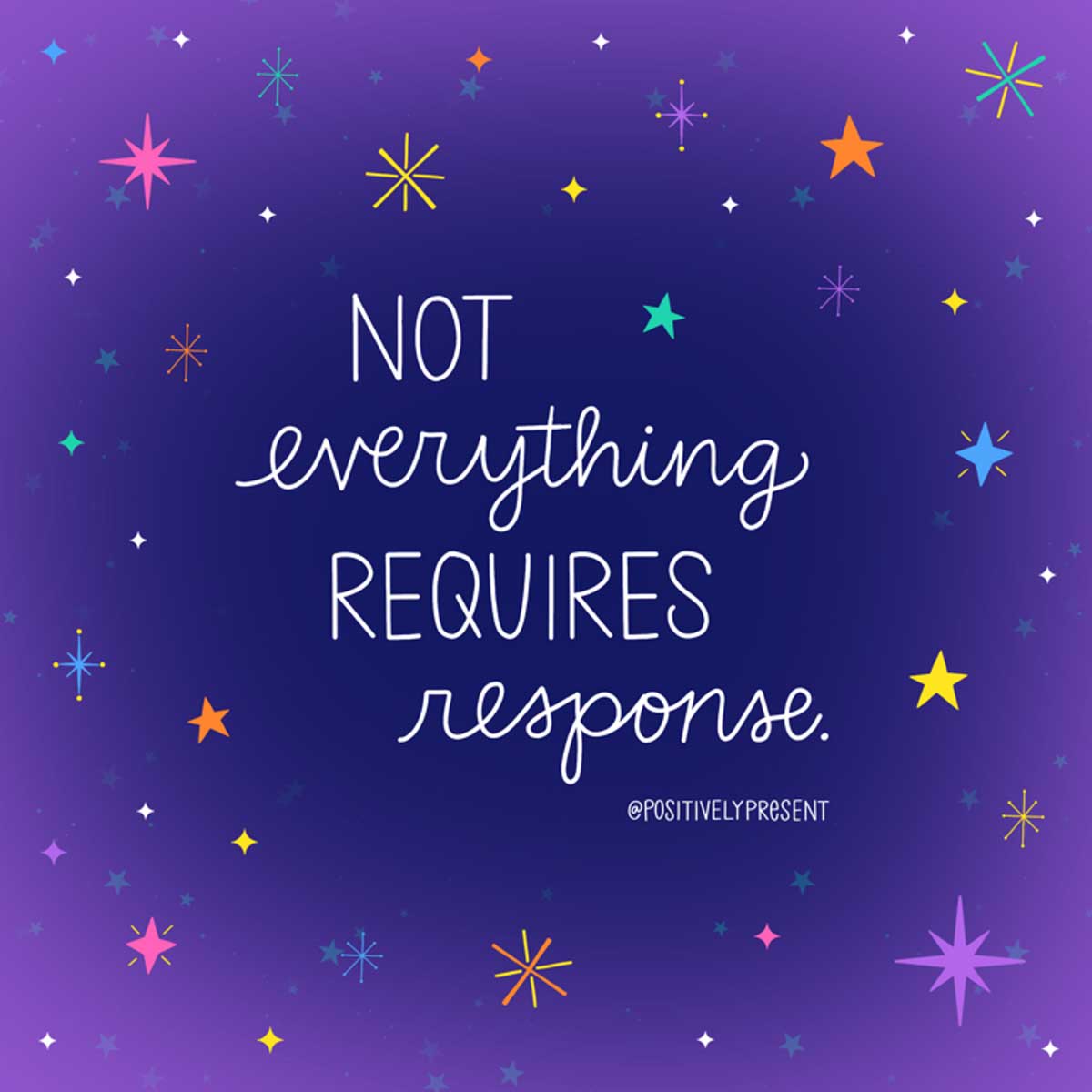 The greatest gift that you can give yourself is a little bit of your own attention.
~Anthony J. D’Angelo

There is no wifi in the forest, but you’ll find a better connection.
~Unknown

It is not what you shout out to the world that determines your life… it is what you whisper to yourself that has the most power.
~Abigail Horne

In a world where everyone is overexposed, the coolest thing you can do is maintain your mystery.
~Unknown

One day you will look back and recall all the time you spent on social media and wonder why you didn’t invest that time someplace else.
~Germany Kent 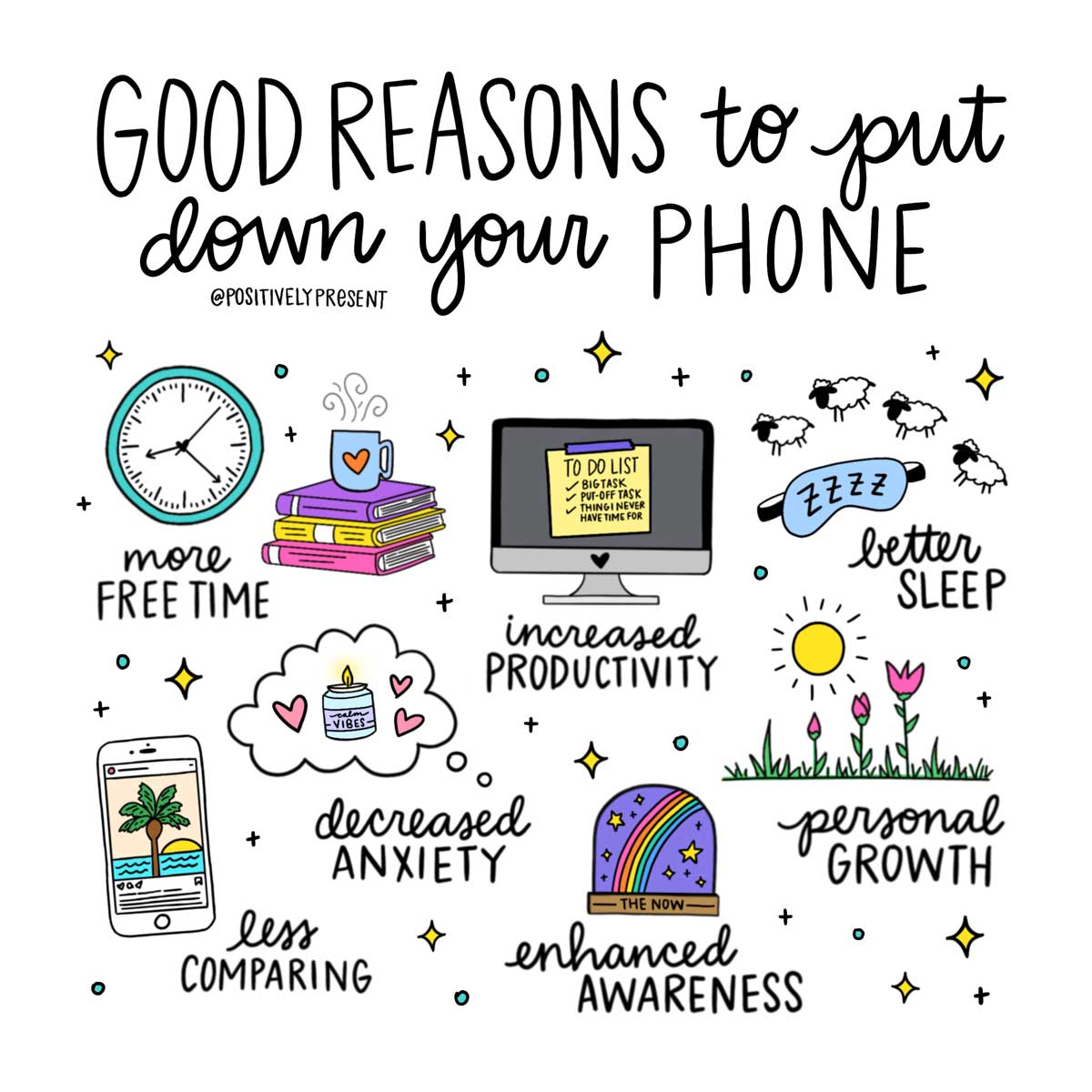 These short and sweet messages have no known authors. If you know where they originated, let me know in a comment!

No posting. No liking. Just living.

Sometimes you need to go offline to get your life on track.

Sometimes you need to take a break to be alone with your own thoughts to rejuvenate.

Sometimes you need to step outside, get some air, and remind yourself of who you are and who you want to be.

Social media is not worth shutting out the world around you and the people in front of you that need YOU.

Temporary closed for a reality check.

Sometimes, you just need a break. 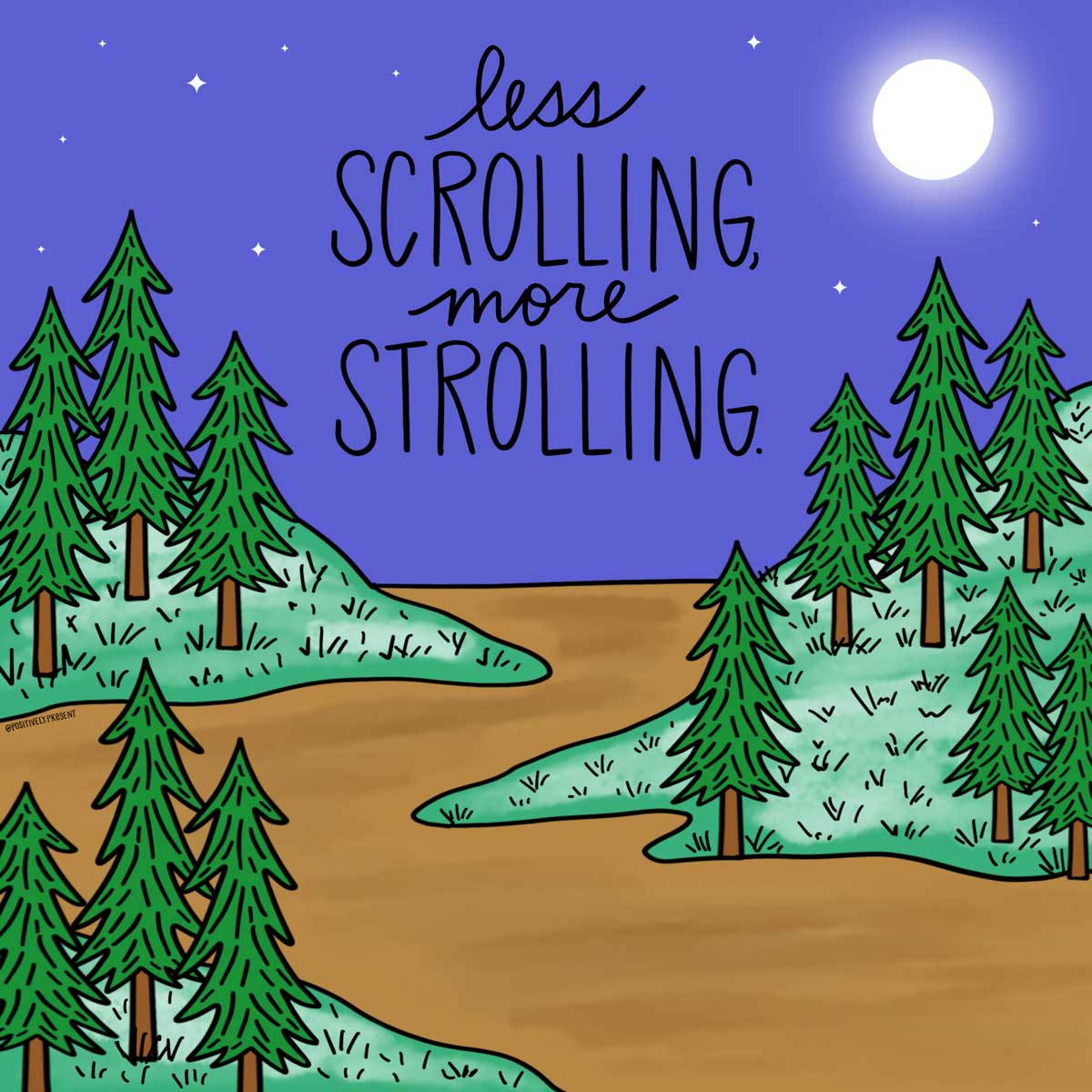 Social media addiction is not a term to be used lightly. While not officially recognized as a disorder, it’s used as a coping mechanism that “eventually leads to multiple interpersonal problems, such as ignoring real life relationships, work or school responsibilities, and physical health, which may then exacerbate an individual’s undesirable moods.” source

These social media addiction quotes may help you understand its seriousness. If you’re struggling or know someone who is, please seek professional help.

It takes discipline not to let social media steal your time.
~Alexis Ohanian 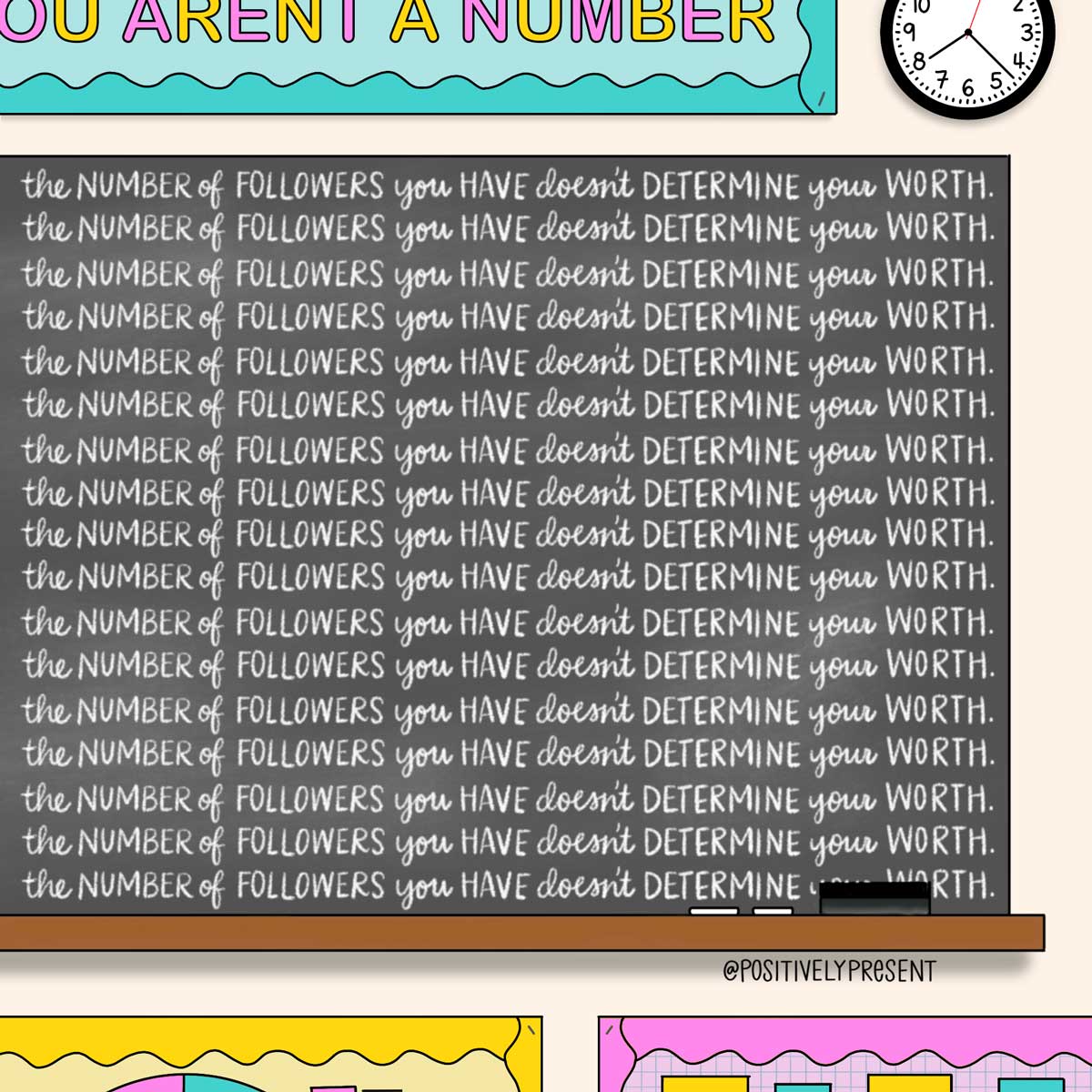 There are only two industries that call their customers “users”: illegal drugs and software.
~Edward Tufte

The feeling that “no one is listening to me” make us want to spend time with machines that seem to care about us.
~Sherry Turkle

Social media is addictive precisely because it gives us something which the real world lacks: it gives us immediacy, direction, a sense of clarity and value as an individual.
~David Amerland

Just like using drugs and alcohol to numb the pain can – and does – lead to addiction, using social media to fill the void of relationships, or other needs, often leads to addiction, as well.
~Mandy J. Hoffman

Listening to teens talk about social media addiction reveals an interest not in features of their computers, smartphones, or even particular social media sites but in each other.
~Danah Boyd

People get addicted to feeling offended all the time because it gives them a high; being self-righteous and morally superior feels good.
~Mark Manson, author 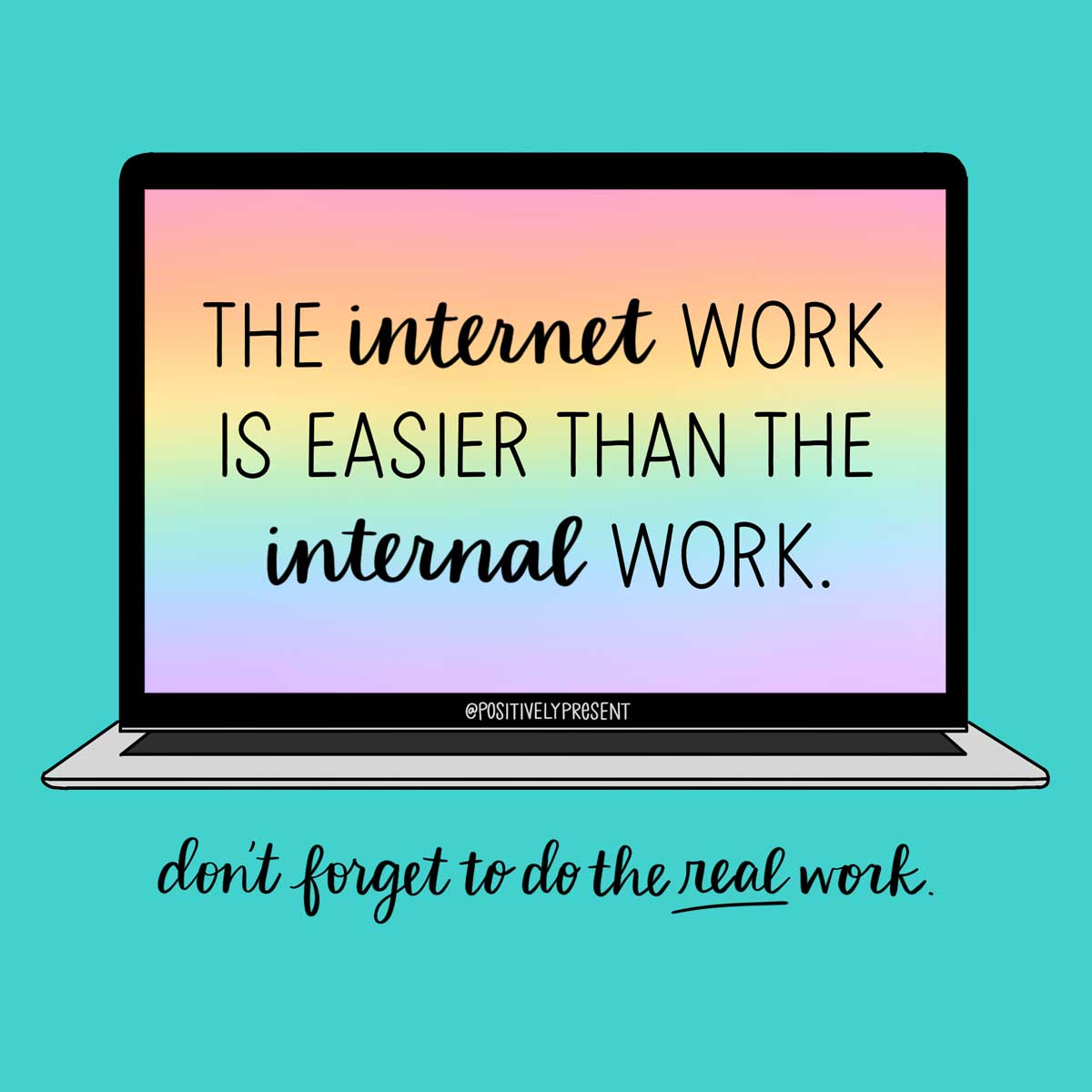 Okay, before things get too bleak, let’s poke some fun at social media!

These quotes are funny but true – and each is a bit of negativity wrapped up in humor.

When you’ve got 5 minutes to fill, Twitter is a great way to fill 35 minutes.
~Matt Cutts, former head of Webspam team at Google

For every action, there is an equal and opposite reaction, plus a social media overreaction.
~Unknown

Social media is great if you want attention but hate leaving the comfort of your bed.
~Unknown 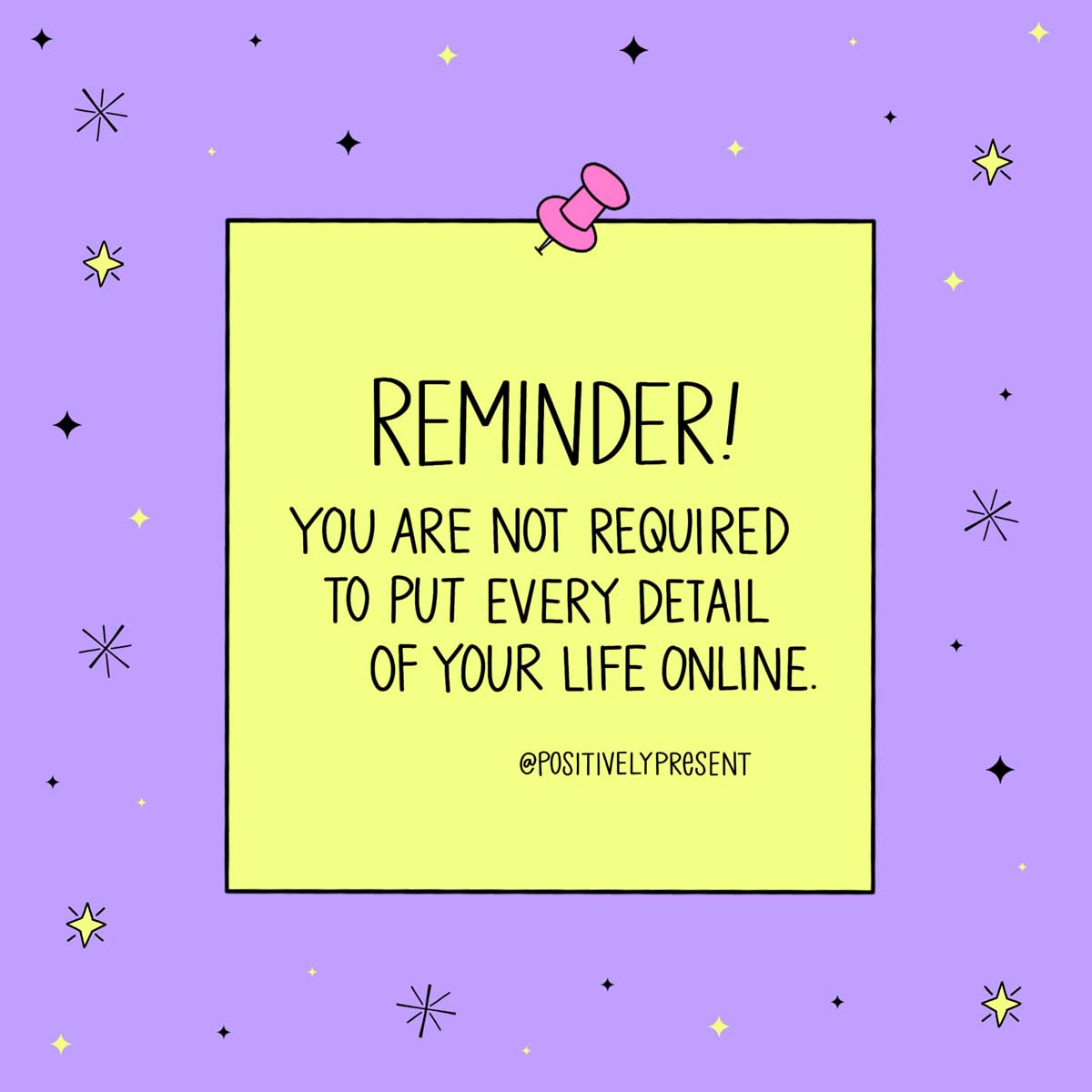 Only in Canada do people take to social media to argue about whose city is colder.
~Unknown

The qualities that make Twitter seem inane and half-baked are what makes it so powerful.
~Jonathan Zittrain, Harvard Law professor

Facebook is the only place where it’s acceptable to talk to a wall.
~Unknown

Social media is proof that humans have pretty much plateaued as far as evolution is concerned.
~Unknown

Twitter is a great place to tell the world what you’re thinking before you’ve had a chance to think about it.
~Chris Pirillo, blogger

On Twitter, we get excited if someone follows us. In real life, we get really scared and run away.
~Unknown

Being famous on Instagram is basically the same thing as being rich on Monopoly.
~Unknown

What happens in Vegas stays in Vegas; what happens on Twitter stays on Google forever!
~Jure Klepic 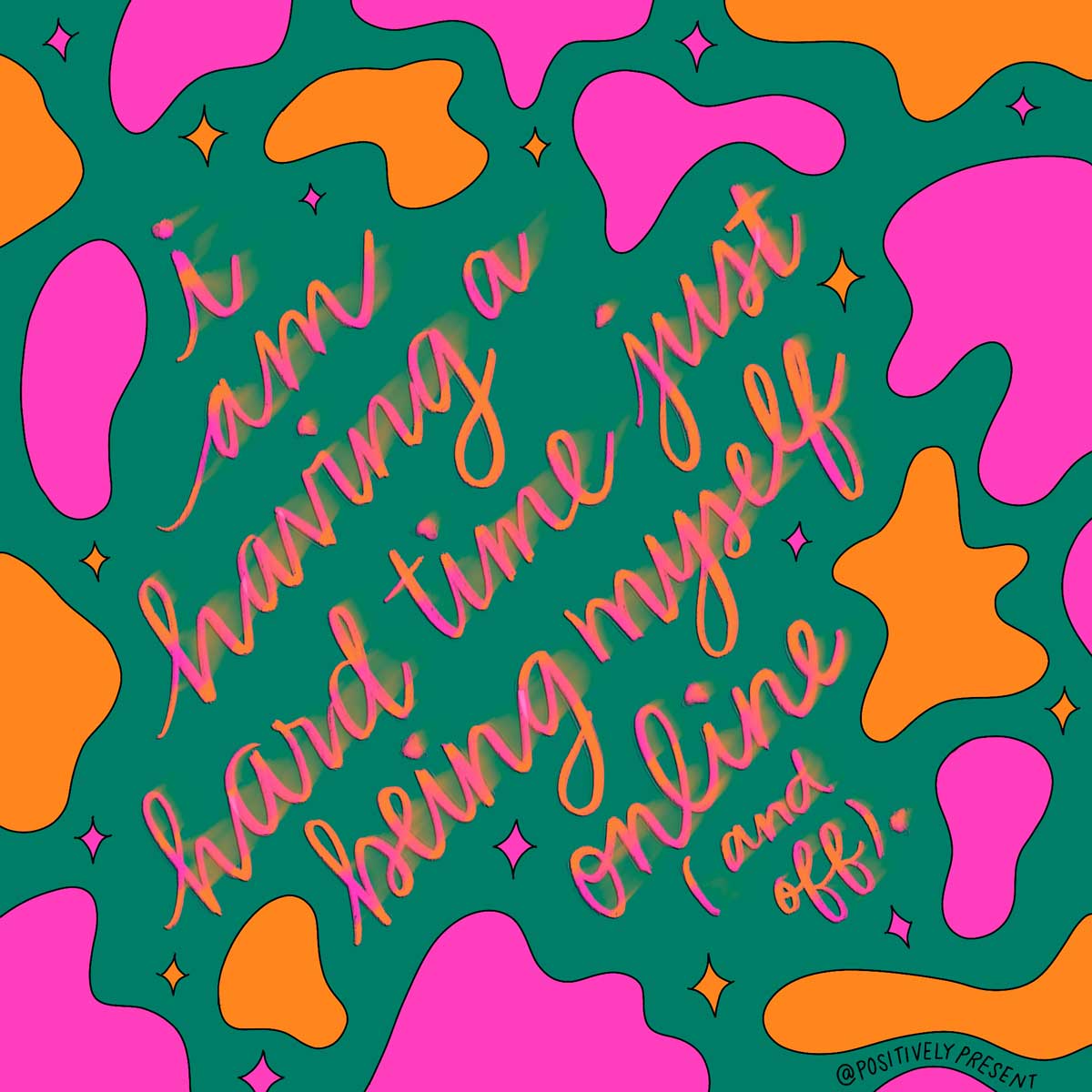 What happens on social media stays on Google forever.
~Unknown

A lot of people say that social media is making us all dumber, but I not think that.
~Unknown

Are you tired of being single? Complain about it on social media as much as you can, that will definitely attract someone.
~Unknown

Thank God for Facebook or I’d have to call 598 people and tell them how far I ran today.
~Unknown

You are what you tweet.
~Alex Tew, Monkey Inferno

I do not have a fake social media personality. I am genuinely this ridiculous in real life.
~Unknown

Here’s to another day of outward smiles and inward screams.
~Unknown 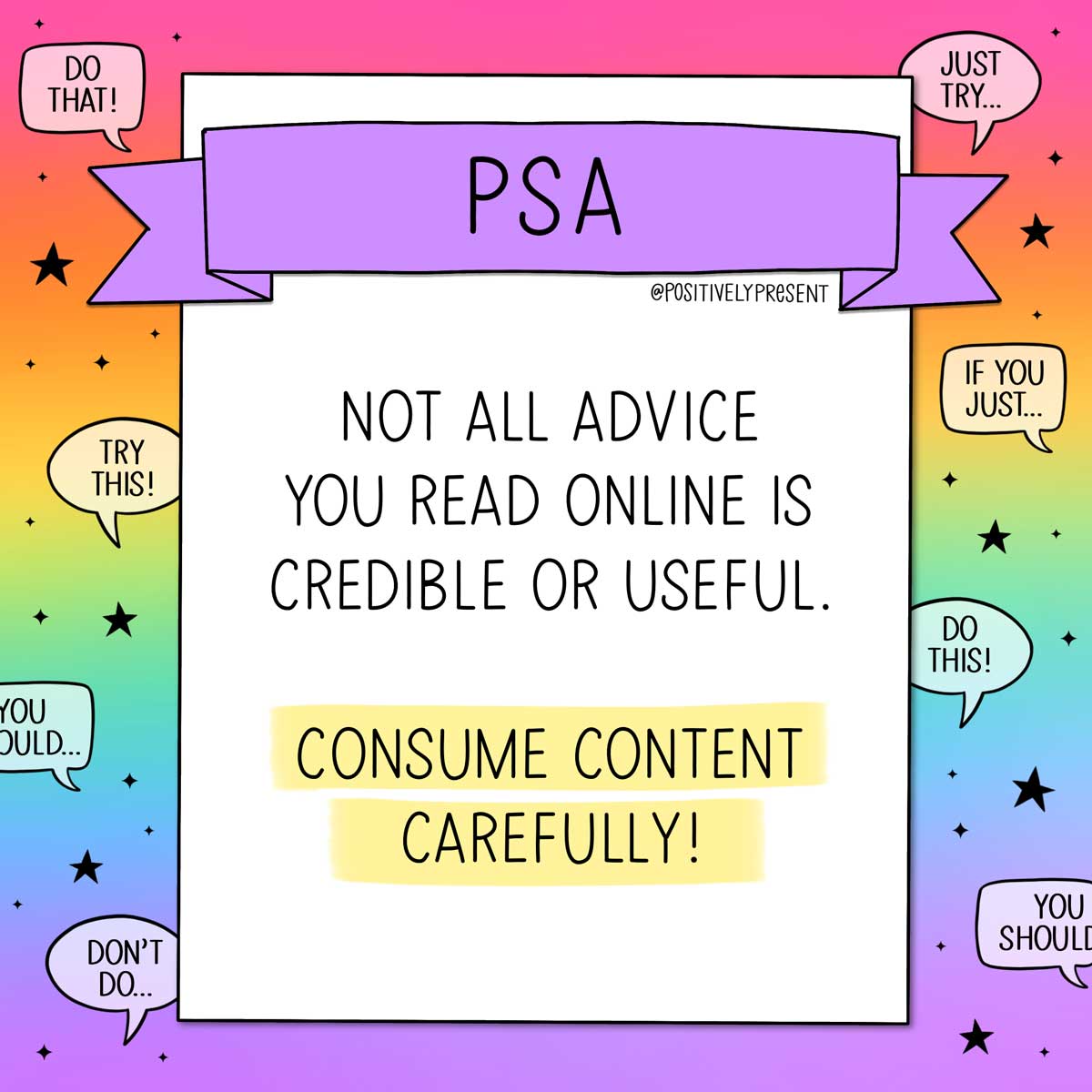 If stupid people didn’t exist, the internet would be boring.
~Unknown

Facebook asks me what’s on my mind.
Twitter asks me what’s going on.
LinkedIn wants me to reconnect with my colleagues.
And YouTube tells me what to watch.
Social Media is no reality show or Big Brother.
It’s but a smothering mother!
~Ana Claudia Antunes

Tumblr is currently the only social media network that your parents haven’t ruined.
~Unknown

Stalking is all fun and games until you press the Like button.
~Unknown

The best way to engage honestly with the marketplace via Twitter is to never use the words “engage,” “honestly,” or “marketplace.”
~Jeffrey Zeldman, web designer and entrepreneur

What do you think Jesus would twitter, ‘Let he who is without sin cast the first stone’ or ‘Has anyone seen Judas? He was here a minute ago.’
~Chris Cornell 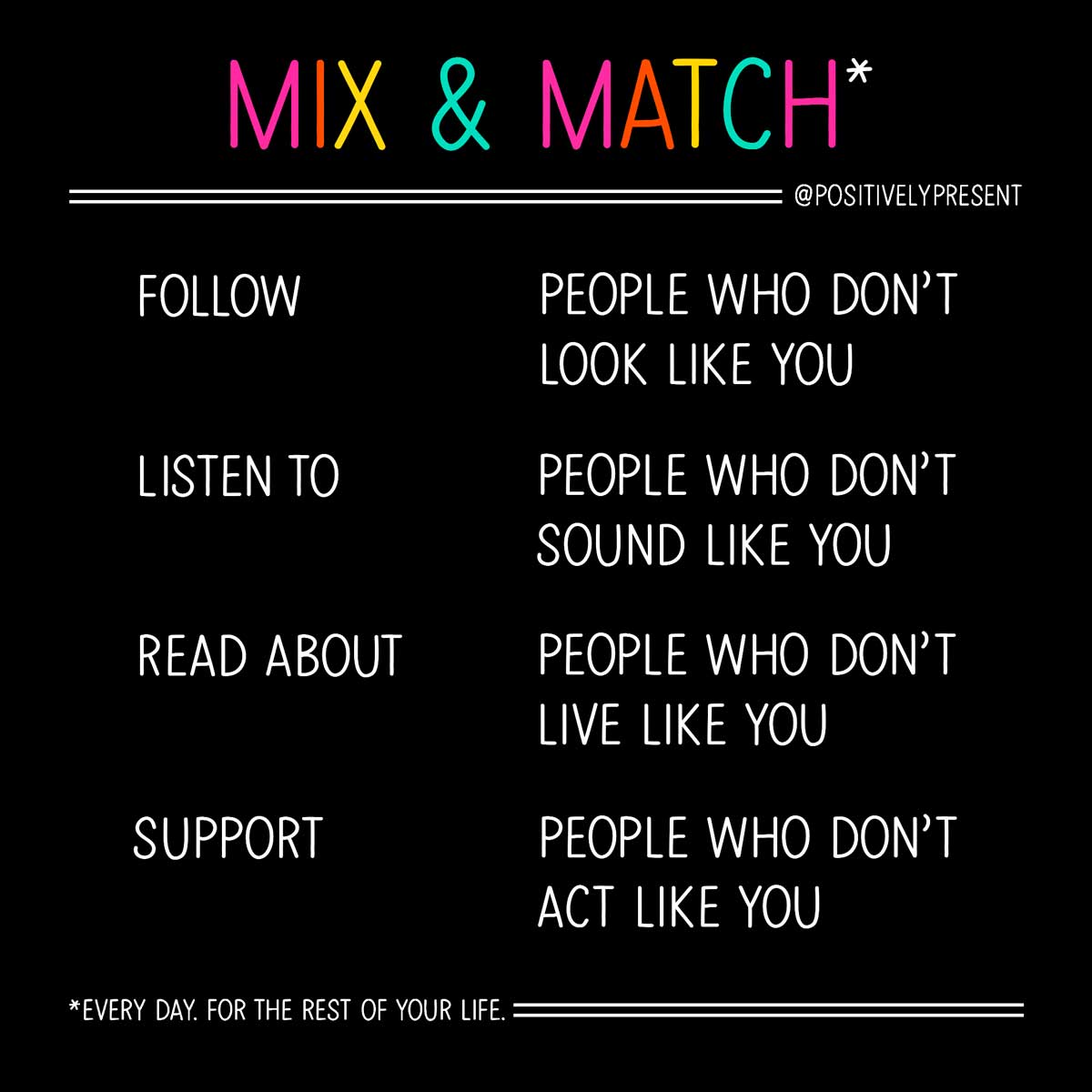 Social media has an appropriate place in most lives, but we must be the master of what that place is.

Pick a few of these quotes to encourage yourself.

Make a social media break message into a compelling image by learning how to make picture quotes online, or using one of these apps to add text to photos.

If you’re stuck on how to write Instagram captions, copy and paste an appropriate quote to make your life easier.

Take a break, and come back refreshed.

And when you do, remember to “give energy to the love comments.” ~Sierra Lewis 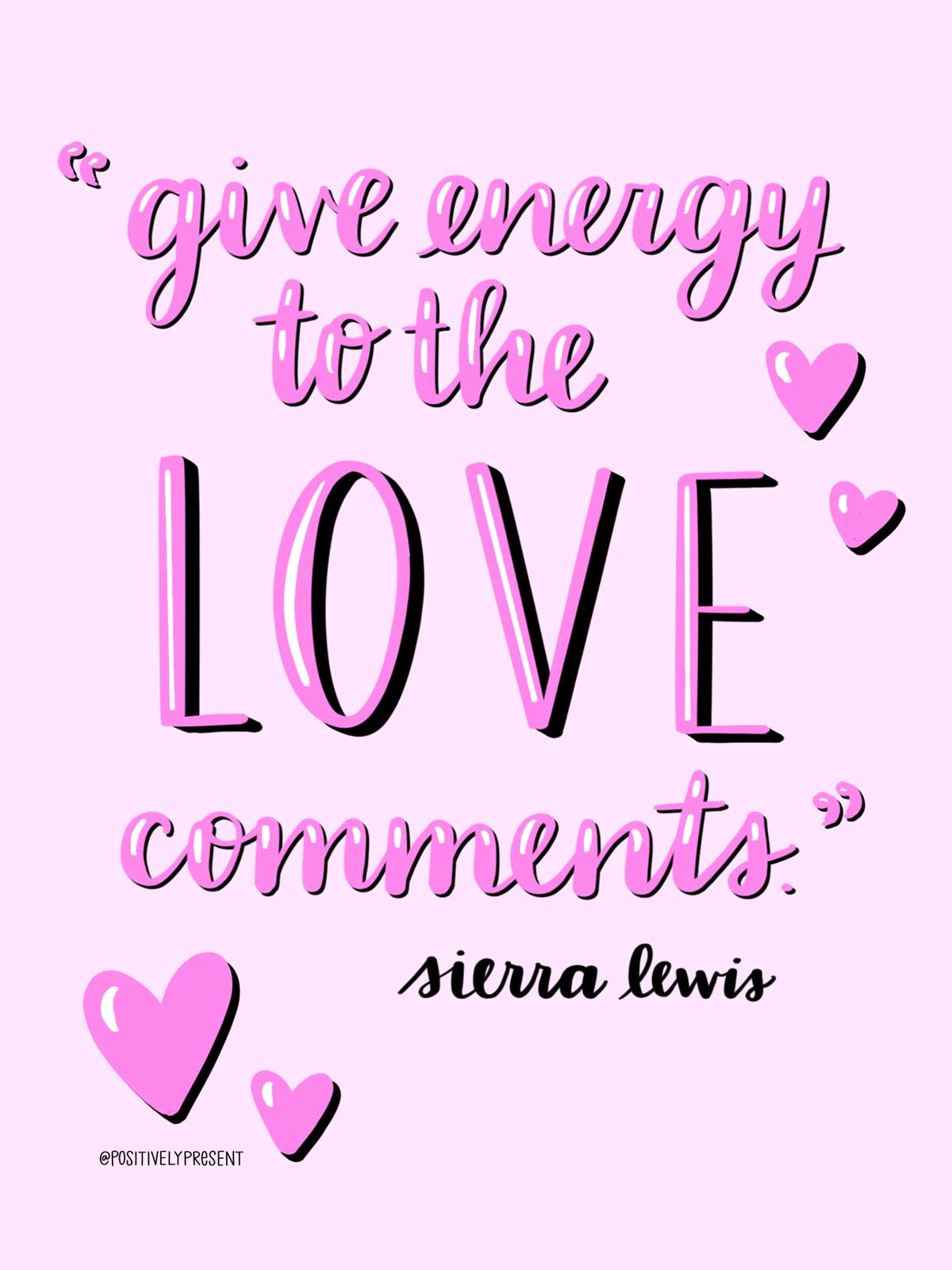