February can be a tough month for many, with winter weather, and the focus on happy couples, seemingly relentless.

Have no fear, check here for some monthly cheer 🙂 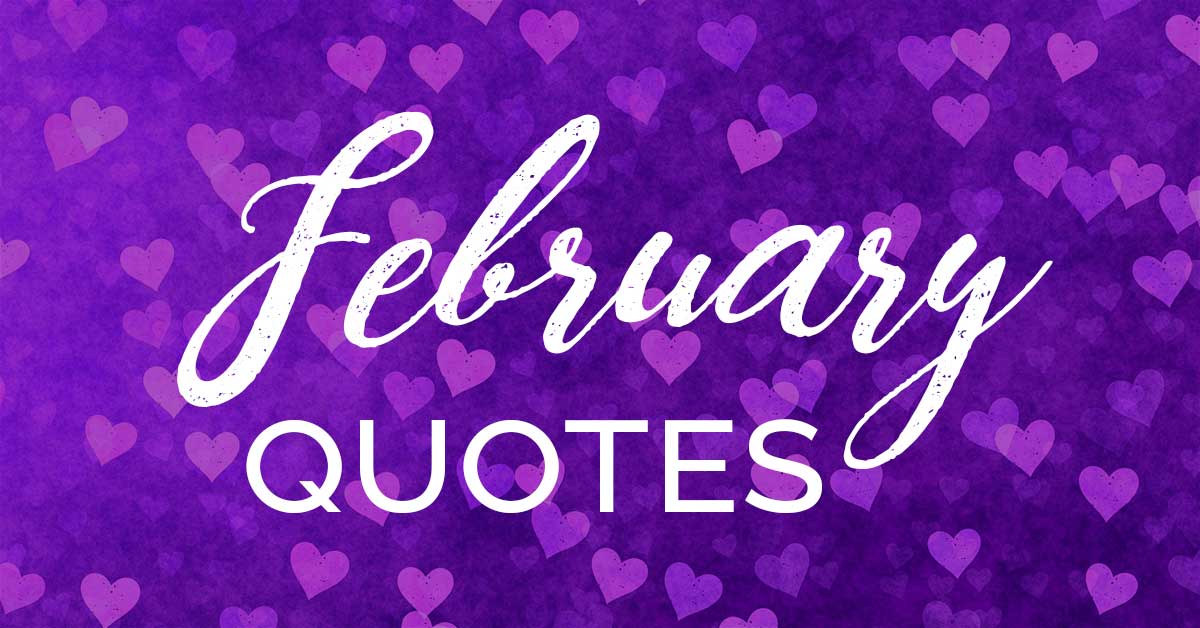 The first morning of February is like a cool breeze of love.

Hello February,
Be mine.

Happy February,
The most loved month. 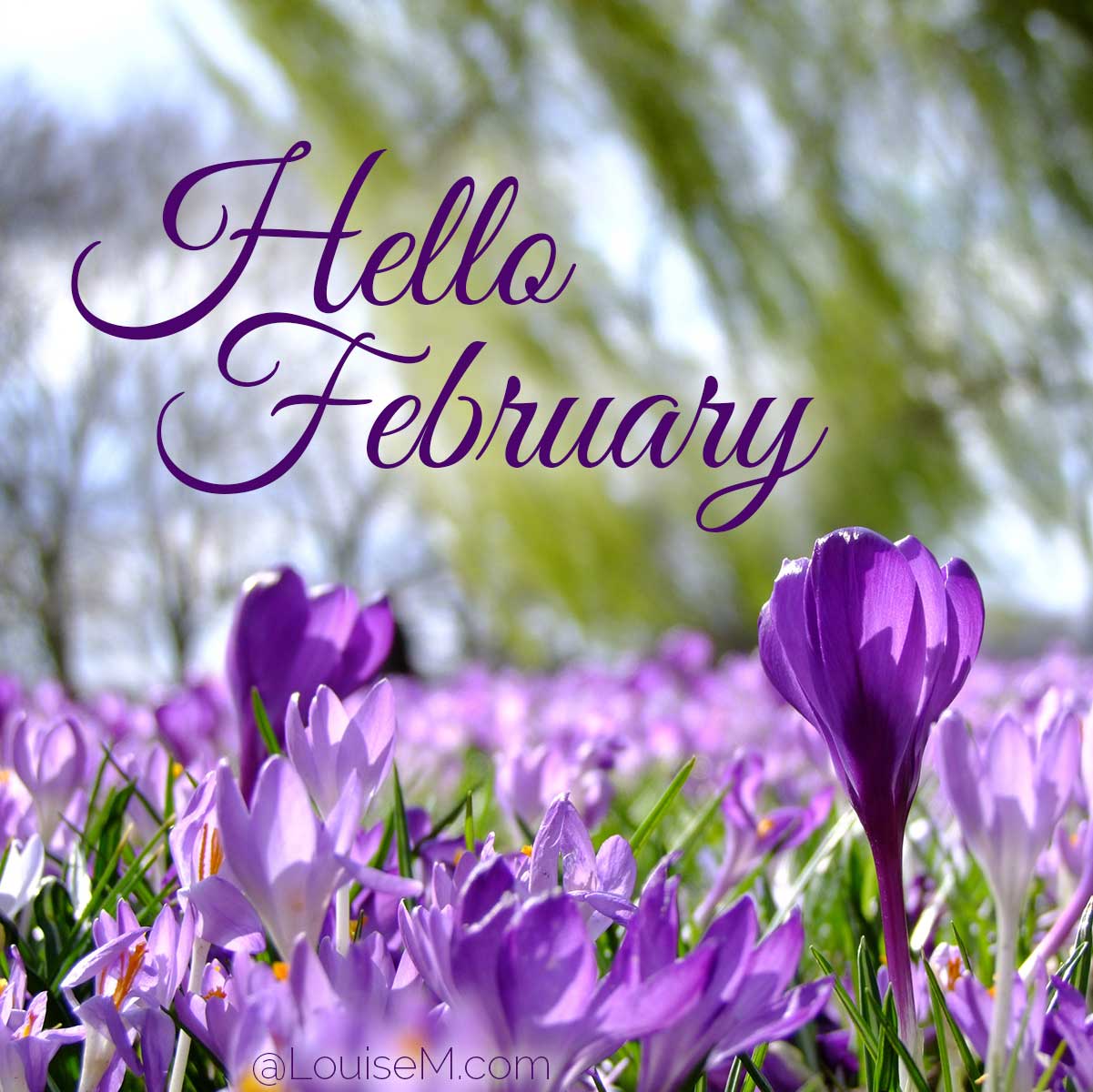 February has arrived!
Spring is on the way.

Don’t let the lovebirds steal your happiness in February.

Hey February,
Be kind to my peeps.

Hi February!
Is it Valentine’s Day yet?

Hello February!
Love is in the air.

Is that February I see? 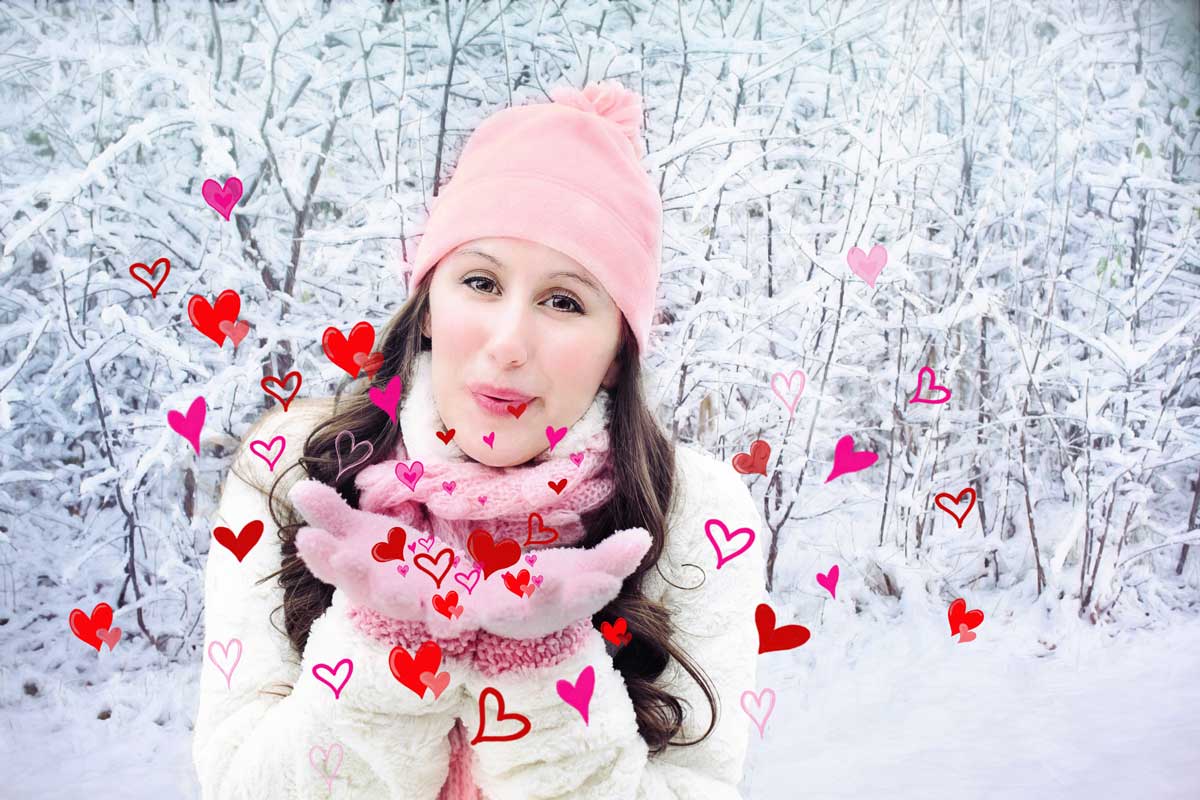 Welcome February,
With all my heart.

Hello February,
Show me some love.

Welcome February, I love you!

February is here!
Can Spring be far behind?

Spring is coming! Here are your Spring quotes. 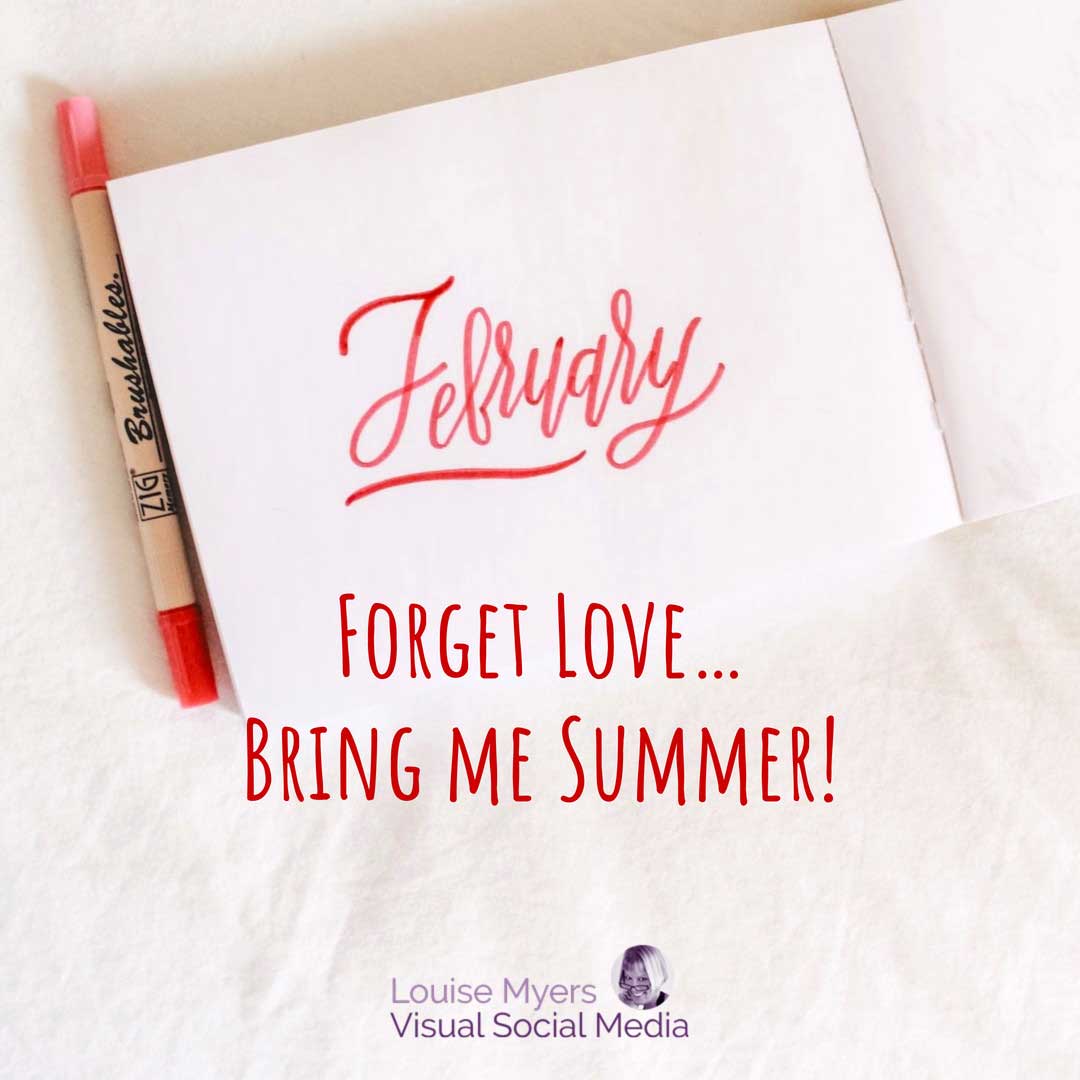 We’re not done saying Welcome, February, until we’ve included these!

Welcome February!
May your stay be short and sweet. 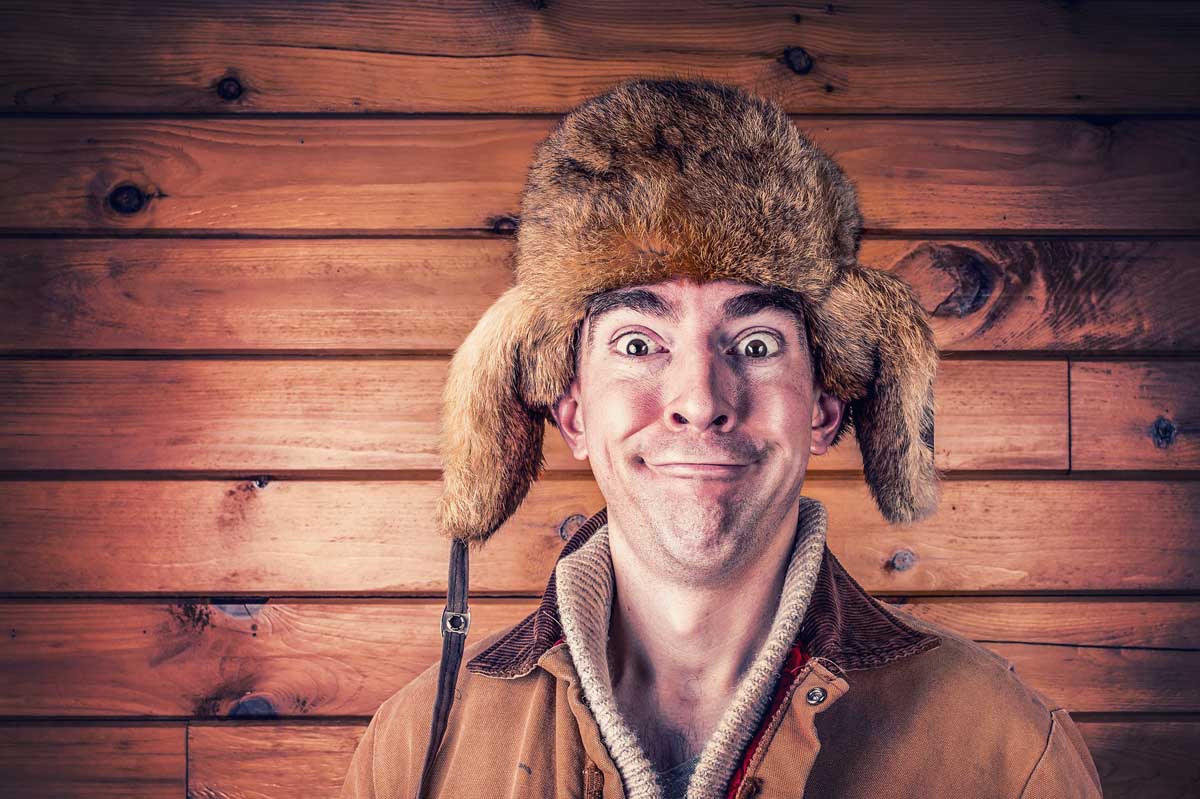 Grab some grins with these funny February quotes.

February – the month of love..?!!
No wonder the shortest one in the calendar.
~Dinesh Kumar Biran

Can February March? No! But, April May.
~ Unknown

February is the shortest month, so if you’re having a miserable month, try to schedule it for February.
~ Lemony Snicket

My boyfriend is like February 30 – he doesn’t exist.
~ Unknown

All you need is love. But a little chocolate now and then doesn’t hurt.
~ Charles Schultz 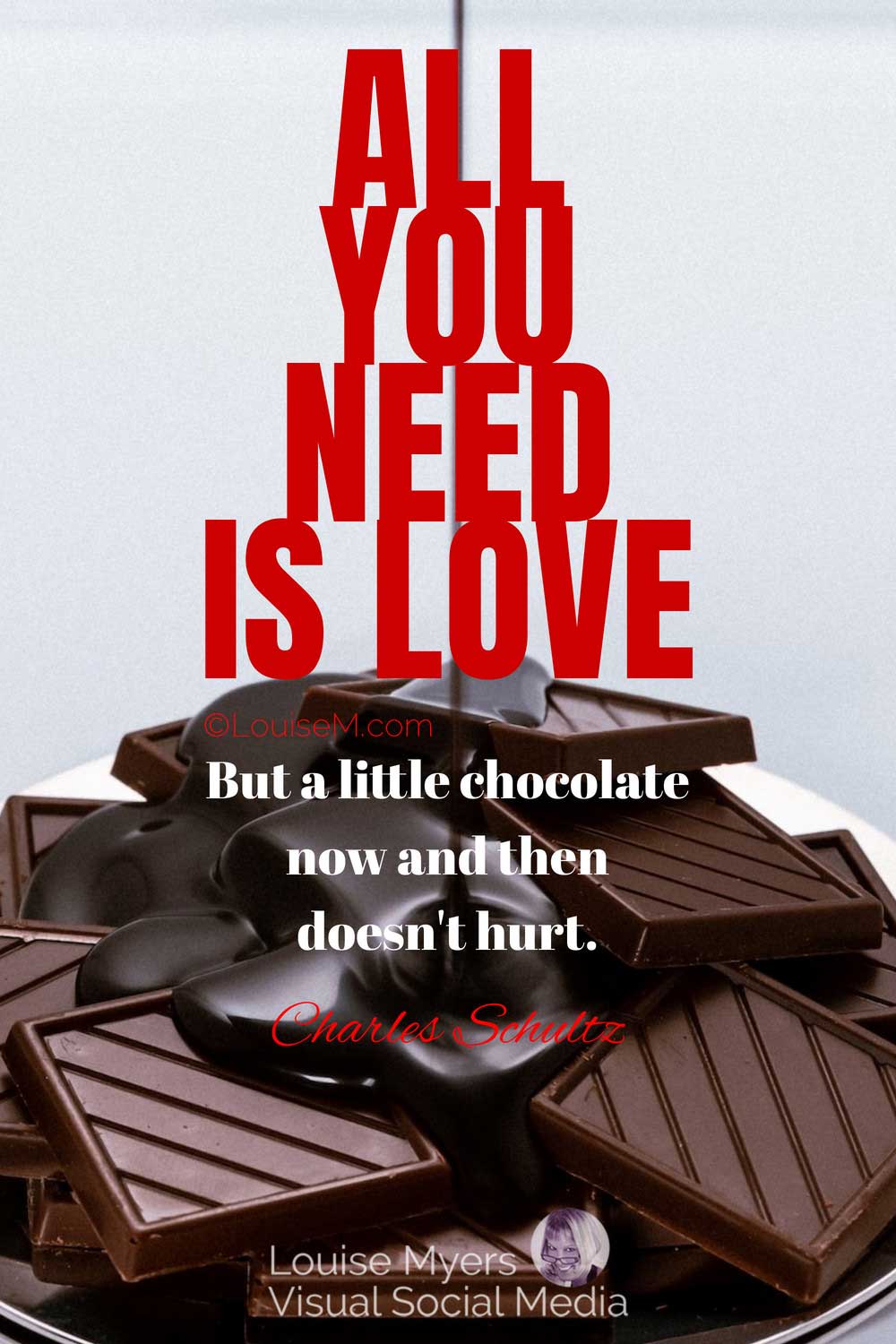 Here’s to stocking up on half-price candy on February 15.
~ Unknown

February makes a bridge and March breaks it.
~George Hebert

Why does February feel like one big Tuesday?
~Todd Stocker

Probably more pests can be controlled in an armchair in front of a February fire with a garden notebook and a seed catalog that can ever be knocked out in hand-to-hand combat in the garden.
~Neely Turner

February, a form pale-vestured, wildly fair.
One of the North Wind’s daughters with icicles in her hair.
~Edgar Fawcett

Valentine’s Day money-saving tip: Break up on February 13th, get back together on the 15th.
~David Letterman

What’s the difference between me and a calendar?
A calendar has dates.
~ Unknown

Fan of the funny? Check out these 200 paraprosdokians. 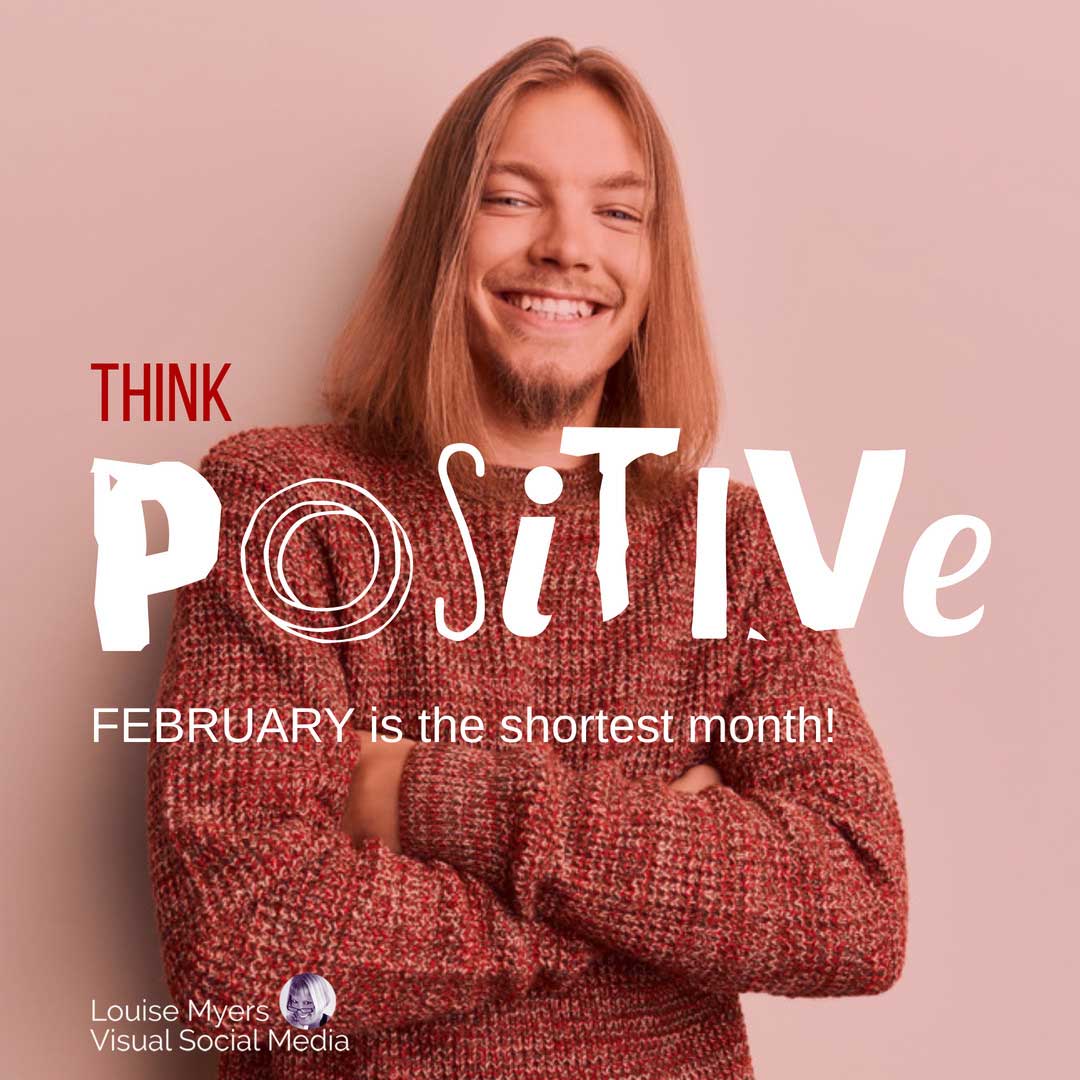 Nudge friends and followers to look at the bright side with these quotes that look at February’s positive side!

While it is February one can taste the full joys of anticipation. Spring stands at the gate with her finger on the latch.
~Patience Strong

The February sunshine steeps your boughs and tints the buds and swells the leaves within.
~William C. Bryant

In February there is everything to hope for and nothing to regret.
~Patience Strong

Lost in a February song.
Tell him it won’t be long.
‘Til he opens his eyes.
Opens his eyes.
Where is that simple day.
~ Josh Groban 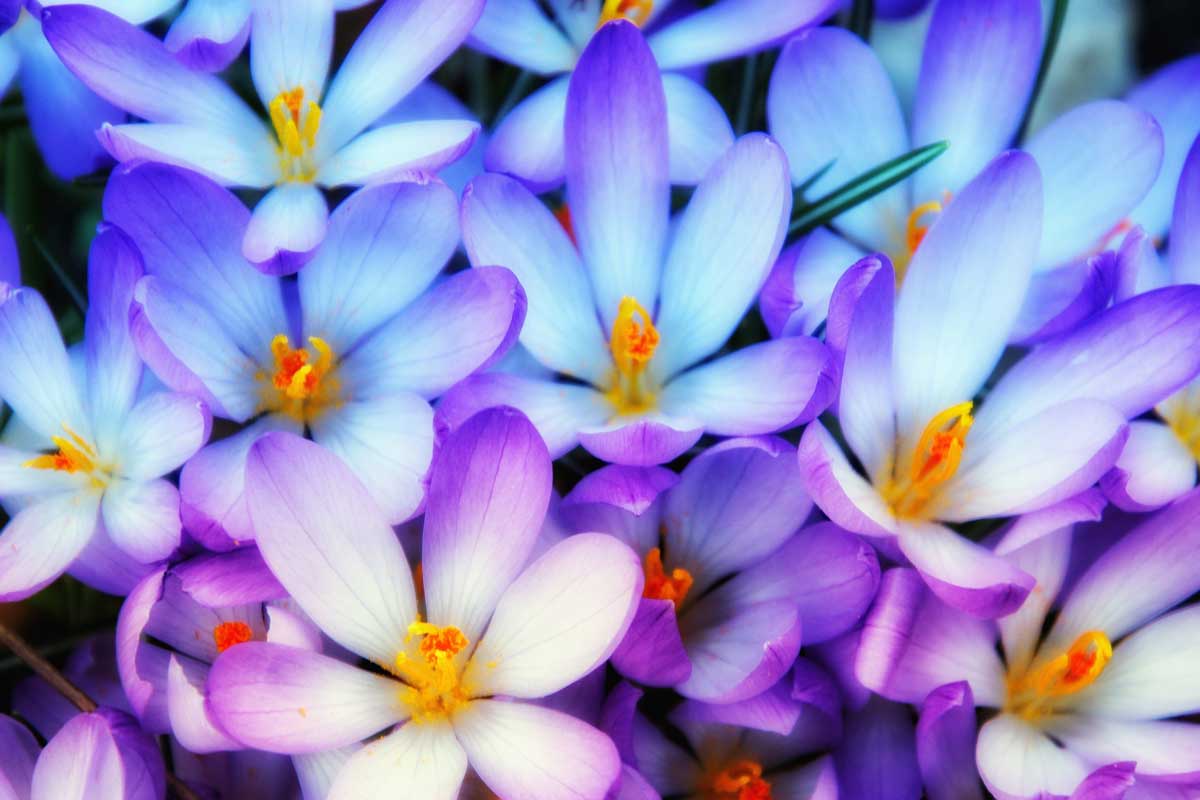 Late February, and the air’s so balmy snowdrops and crocuses might be fooled into early blooming.
~Gail Mazur

There is always in February some one day, at least, when one smells the yet distant, but surely coming, summer.
~Gertrude Jekyll

Today is the first of February, snowy, brilliant, but dripping with the sound of spring wherever the sun lies warm, and calling with the heart of spring yonder where the crows are assembling.
~Dallas Lore Sharp

In February’s dark, we watched the stars explode until daybreak.
~ Laura Veirs

Cold and snowy February
Does seem slow and trying, very.
Still, a month made gay by Cupid
Never could be wholly stupid.
~ Louise Bennett Weaver 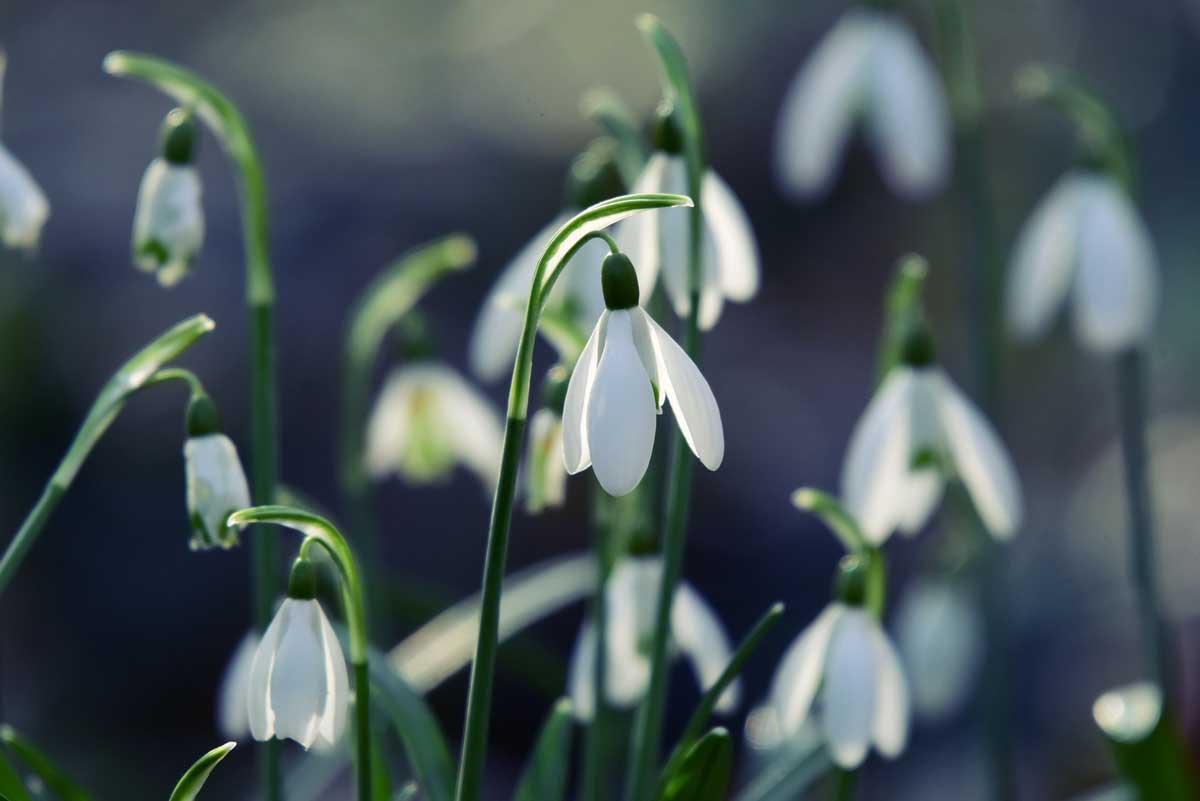 It really gets into your system. All baseball players have this internal clock around February when it starts to kick in and the juices start to flow.
~David Cone

February is the border between winter and spring.
~Terri Guillemets, Years 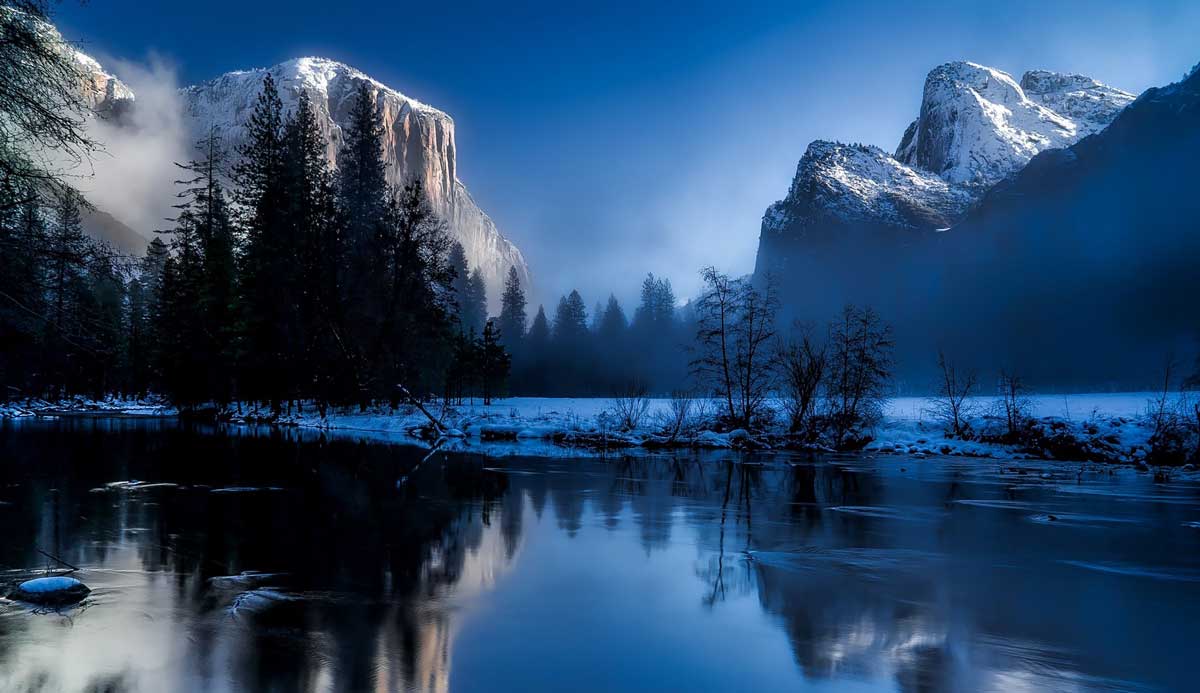 I love that I live in a world where there are Februaries.
~ Unknown

Late February days; and now, at last,
Might you have thought that winter’s woe was past;
So fair the sky was and so soft the air.
~William Morris

Cold and snowy February does seem slow and trying, very. Still, a month made gay by Cupid never could be wholly stupid.
~Louise Bennett Weaver

Valentine’s Day can be a joyous occasion or… a time when many feel more isolated. These quotes offer a more realistic view of this “day of love.”

Without Valentine’s Day, February would be, well, January.
~Jim Gaffigan

While reflecting on past relationships and learning from them can be helpful, February isn’t the best time to try and gain insight.
~Amy Morin 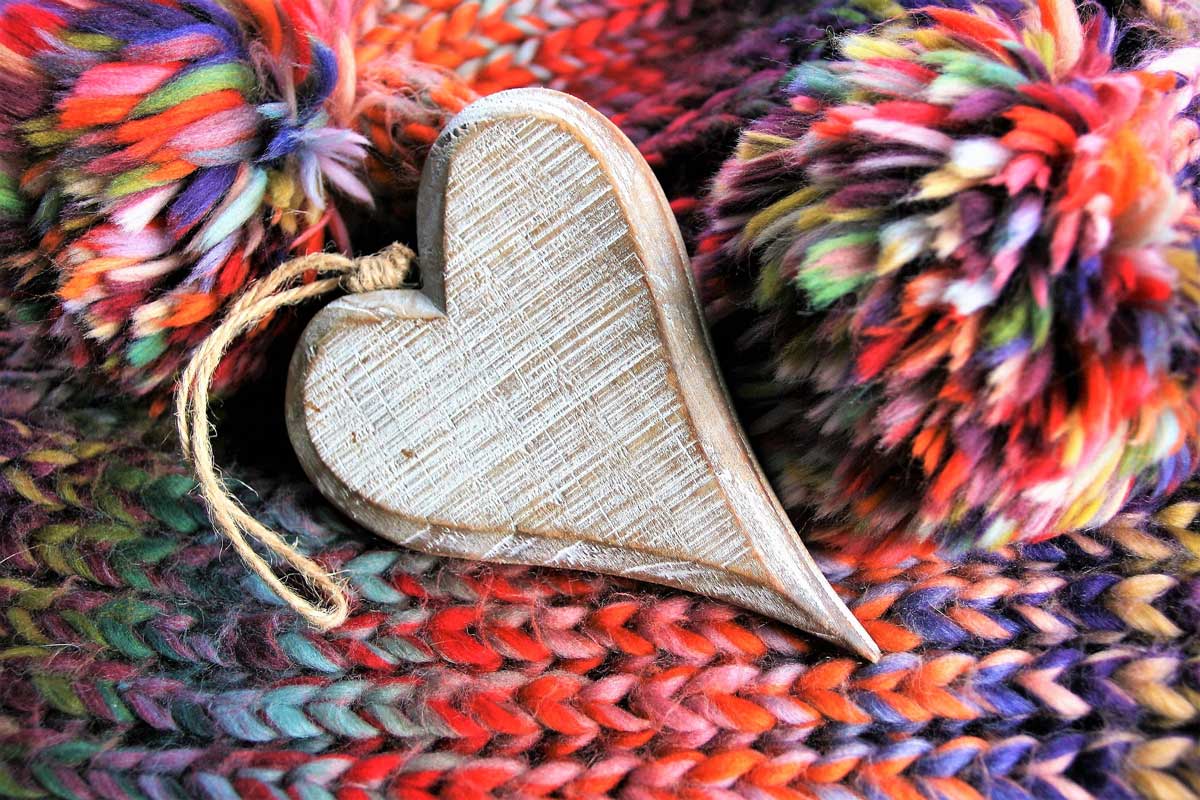 The only bubble in the flat champagne of February is Valentine’s Day. It was no accident that our ancestors pinned Valentine’s Day on February’s shirt: he or she lucky enough to have a lover in frigid, antsy February has cause for celebration, indeed.
~Tom Robbins

February 14 is a pleasant and sentimental opportunity to lavish your partner with attention, or move your relationship to the next level.
~Pepper Schwartz

One of the major dangers of being alone in February is the tendency to dwell on past relationships. Whether you’re daydreaming about that ‘one that got away,’ or you’re recalling the fairy tale date you went on last Valentine’s Day, romanticizing the past isn’t helpful – nor accurate.
~Amy Morin

The only thing we should scream into the world is love.
~Jill Telford

What a strange month February is! It’s shorter than every other, and not always the same length. These quotes celebrate the shortness of the month.

Though, February is short, it is filled with lots of love and sweet surprises.
~Charmaine J Forde

February, sweet and small, the greatest month of all.
~Eric Lies

February is merely as long as is needed to pass the time until March.
~Dr. J. R. Stockton

Even though February was the shortest month of the year, sometimes it seemed like the longest.
~Lorraine Snelling

I had it figured out that the reason God made February short a few days was because he knew that by the time people came to the end of it they would die if they had to stand one more blasted day.
~Katherine Paterson, Jacob Have I Loved

Have you seen my winter quotes collection? 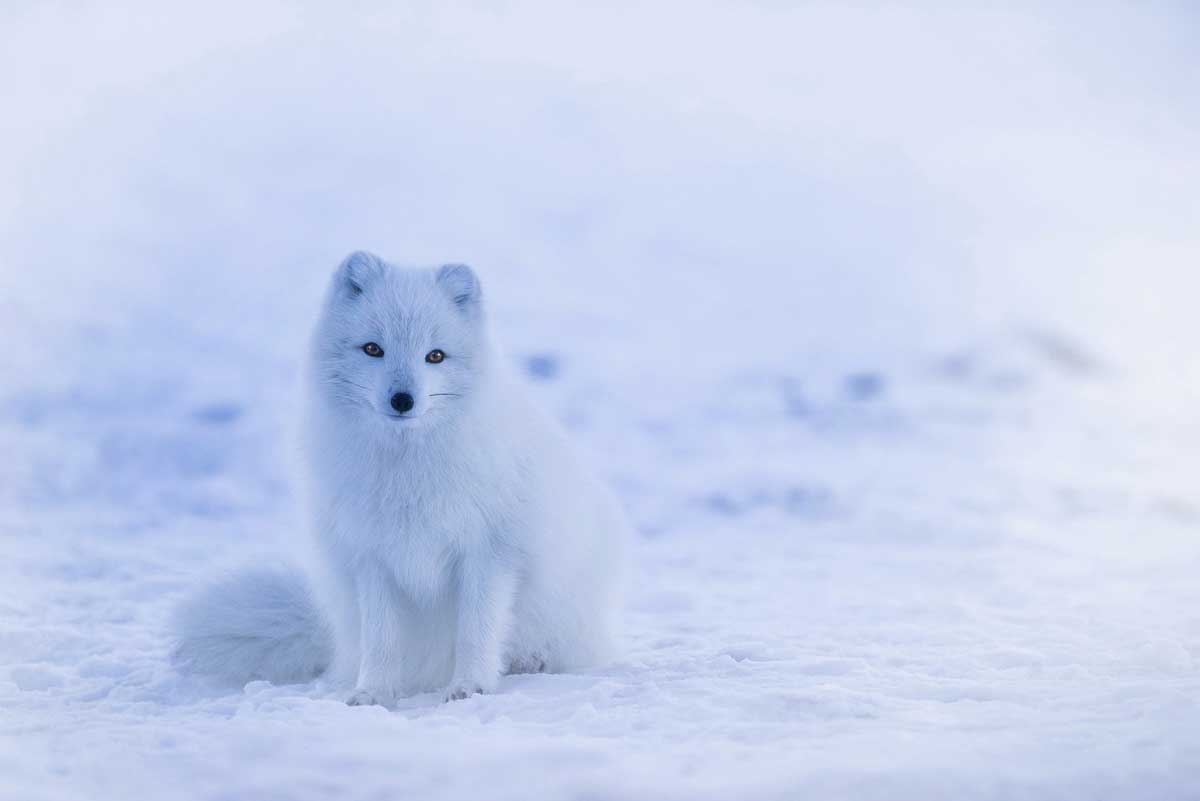 Think those last two quotes above were negative? We have lots more below!

Thick February mists cling heavily to the dead earth and to each leafless tree.
~Emma Lazarus

February is just plain malicious. It knows your defenses are down.
~Katherine Paterson

February, when the days of winter seem endless and no amount of wistful recollecting can bring back any air of summer.
~Shirley Jackson

When God was making the months I think February was a mistake, like a burp. There it was, small, dark, and prickly. It had absolutely no redeeming qualities.
~Shannon Wiersbitzky, What Flowers Remember

The day and time itself: late afternoon in early February, was there a moment of the year better suited for despair?
~Alice McDermott 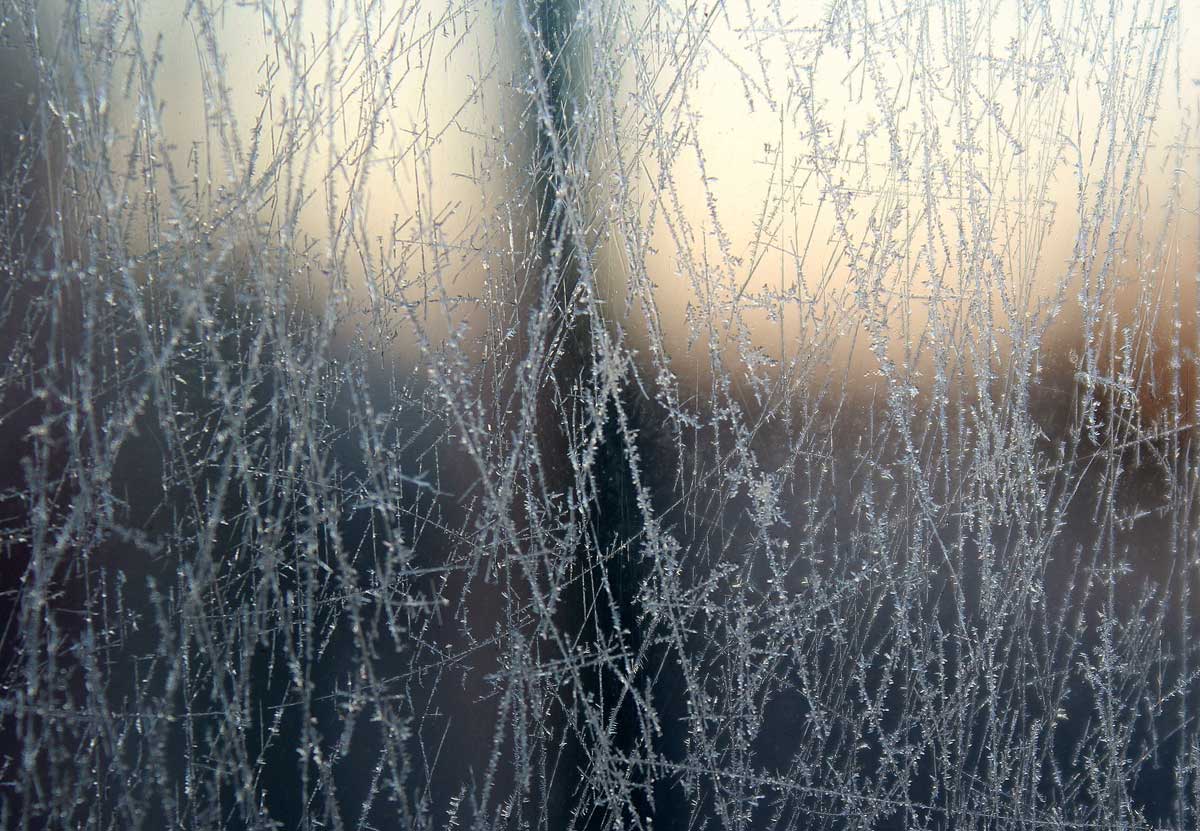 The most serious charge which can be brought against New England is not Puritanism but February.
~Joseph Wood Krutch

Terrible, dreepy, dark February weather I remember, and the worst, most frightened days of my life.
~Sebastian Barry, The Secret Scripture

February is the uncertain month, neither black nor white but all shades between by turns. Nothing is sure.
~Gladys Hasty Carroll

February is for curmudgeons, whinge-bags, and misanthropes. You can’t begrudge us one month of the year or blame us for being even crabbier, it’s so short. There is nothing good about it, which is why it’s so great.
~Lionel Shriver 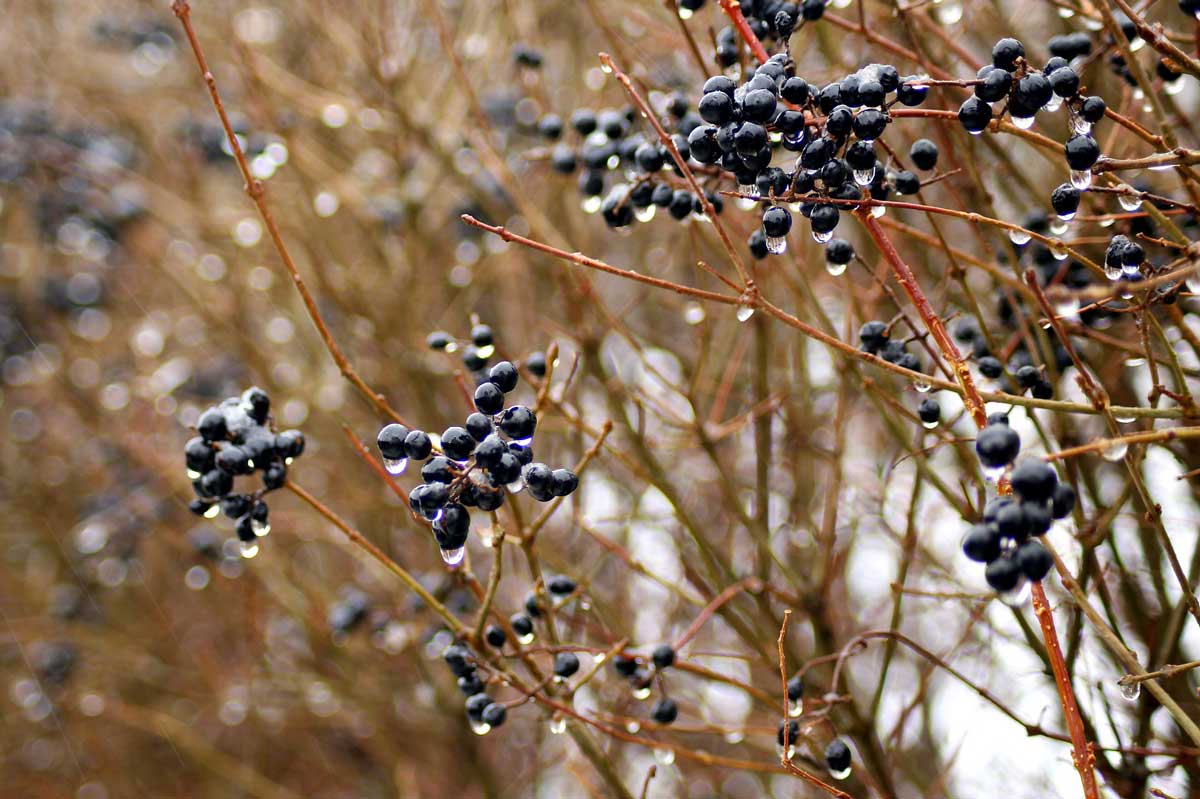 The bitter winds in February were sometimes called the First East Winds, but the longing for spring somehow made them seem more piercing.
~ Eiji Yoshikawa

I used to try to decide which was the worst month of the year. In the winter I would choose February.
~ Katherine Paterson, Jacob Have I Loved

On the wind in February, snowflakes float still. Half inclined to turn to rain, nipping, dripping, chill.
~ Christina Georgina Rossetti

No one’s ever achieved financial fitness with a January resolution that’s abandoned by February.
~ Suze Orman

February is a suitable month for dying. Everything around is dead, the trees black and frozen so that the appearance of green shoots two months hence seems preposterous, the ground hard and cold, the snow dirty, the winter hateful, hanging on too long.
~ Anna Quindlen

Good morrow, Benedick. Why, what’s the matter? That you have such a February face so full of frost, of storm and cloudiness?
~ William Shakespeare

Not to cheer you up too much, but if you visit this page of snow quotes you’ll also find a video clip of “Snow” from White Christmas! 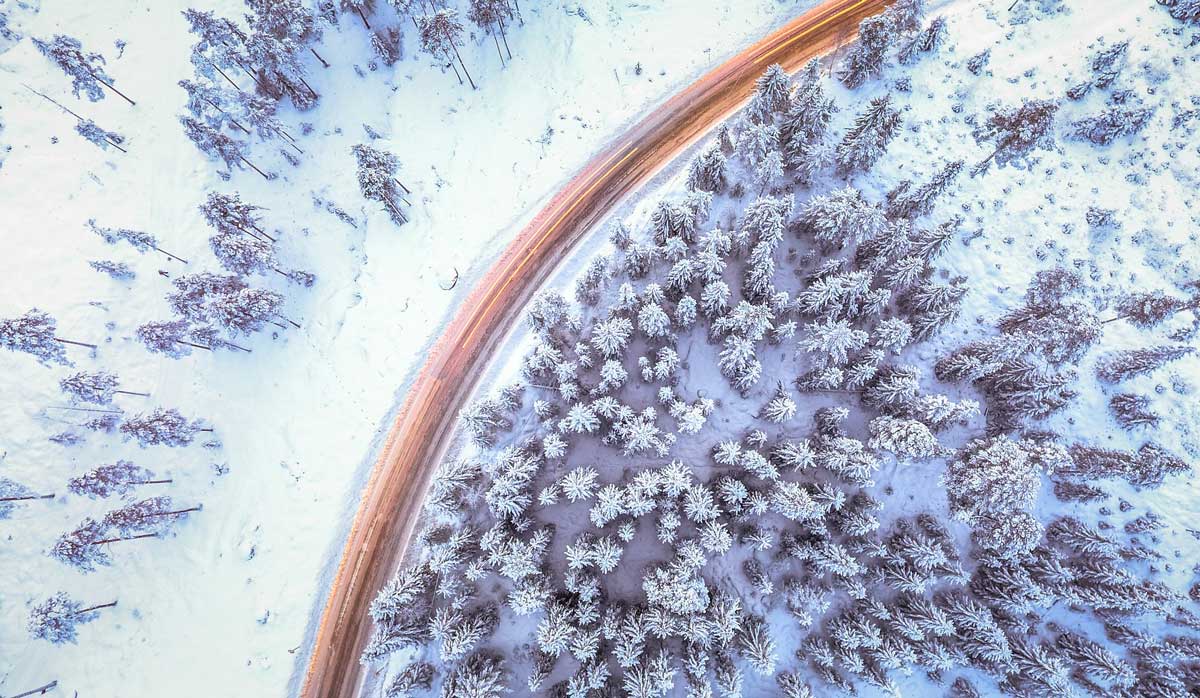 Enjoyed these? Spread the fun of February quotes! Pick a few to make picture quotes online, or use apps to add text to photos.

Pin an image to Pinterest so you can come back for more later!

Business folks will want to check my February marketing ideas. And this gigantic list of 300 February holidays is not to be missed by any fun lovers.

Want more quotes? Visit my list of the best quote sites to find quote collections for every season and reason.

Have a fabulous February! 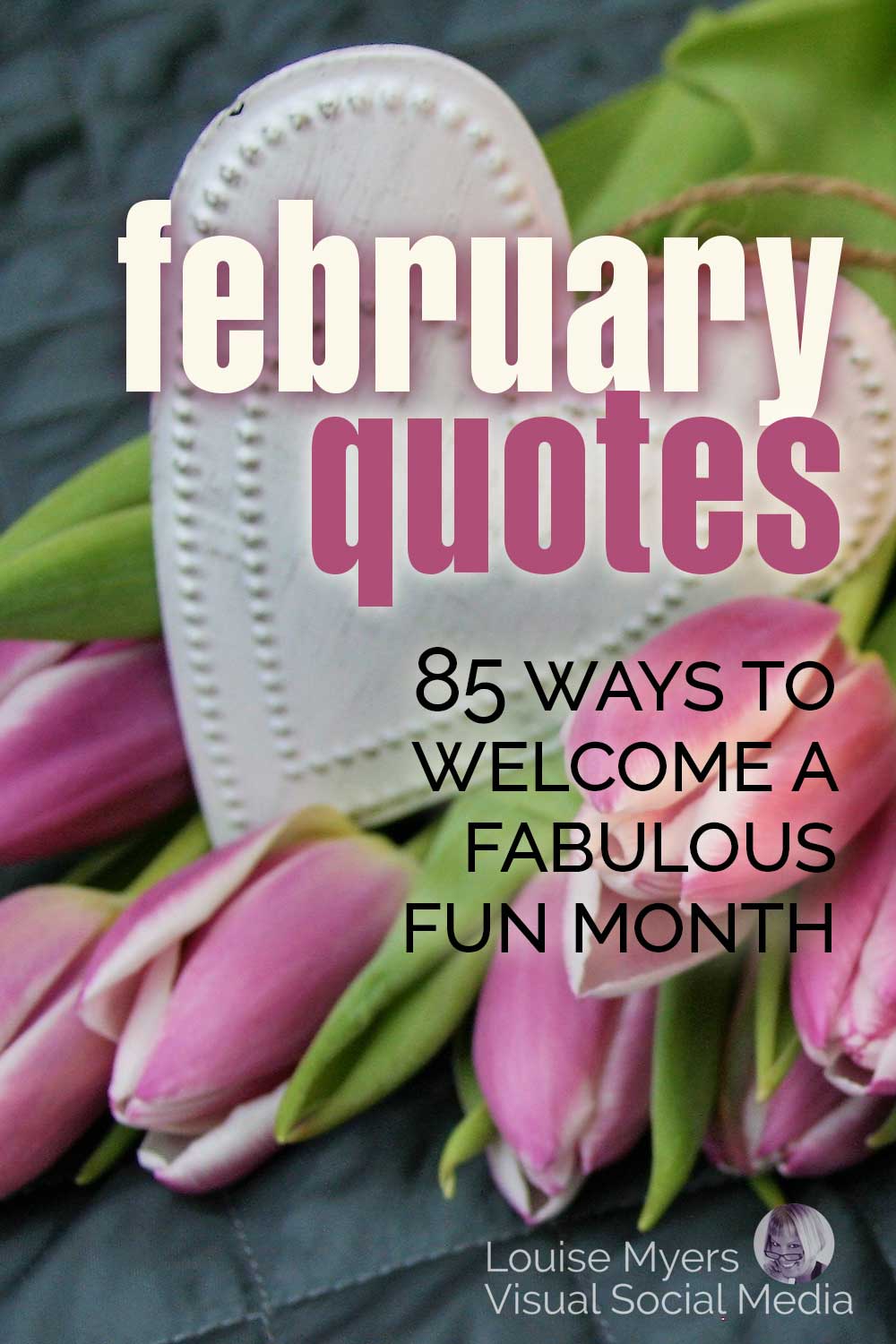