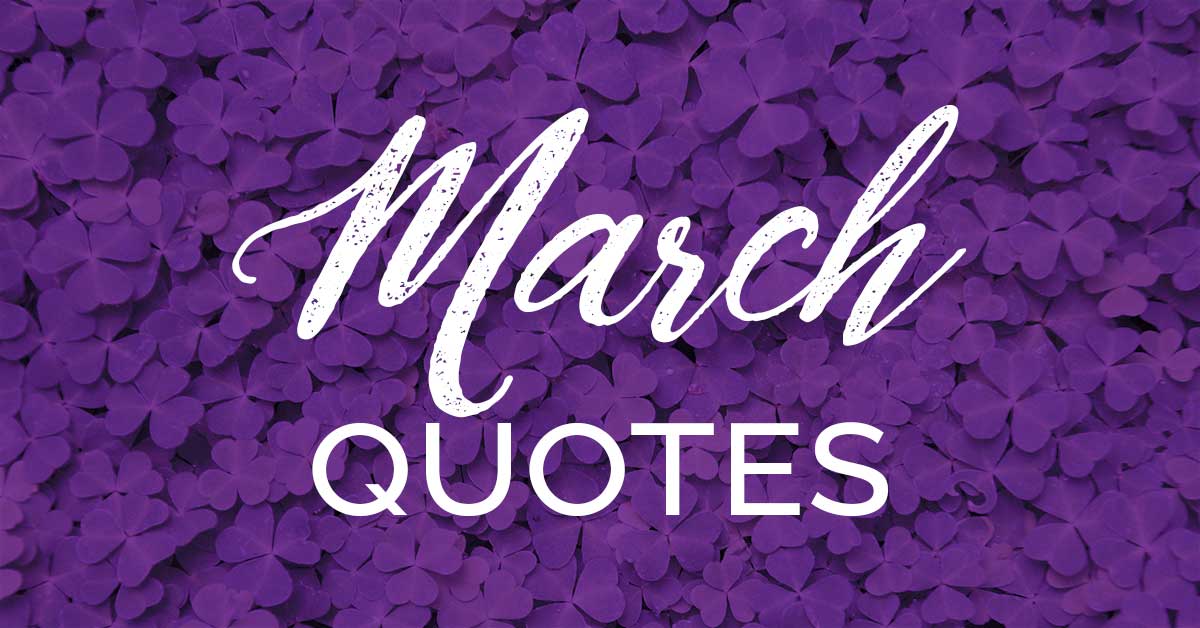 Here’s a big collection of short March quotes, perfect for calendars, or to inspire what to post on social media.

Even famous authors like Shakespeare contributed month of March quotes.

Let the March wind blow you in… 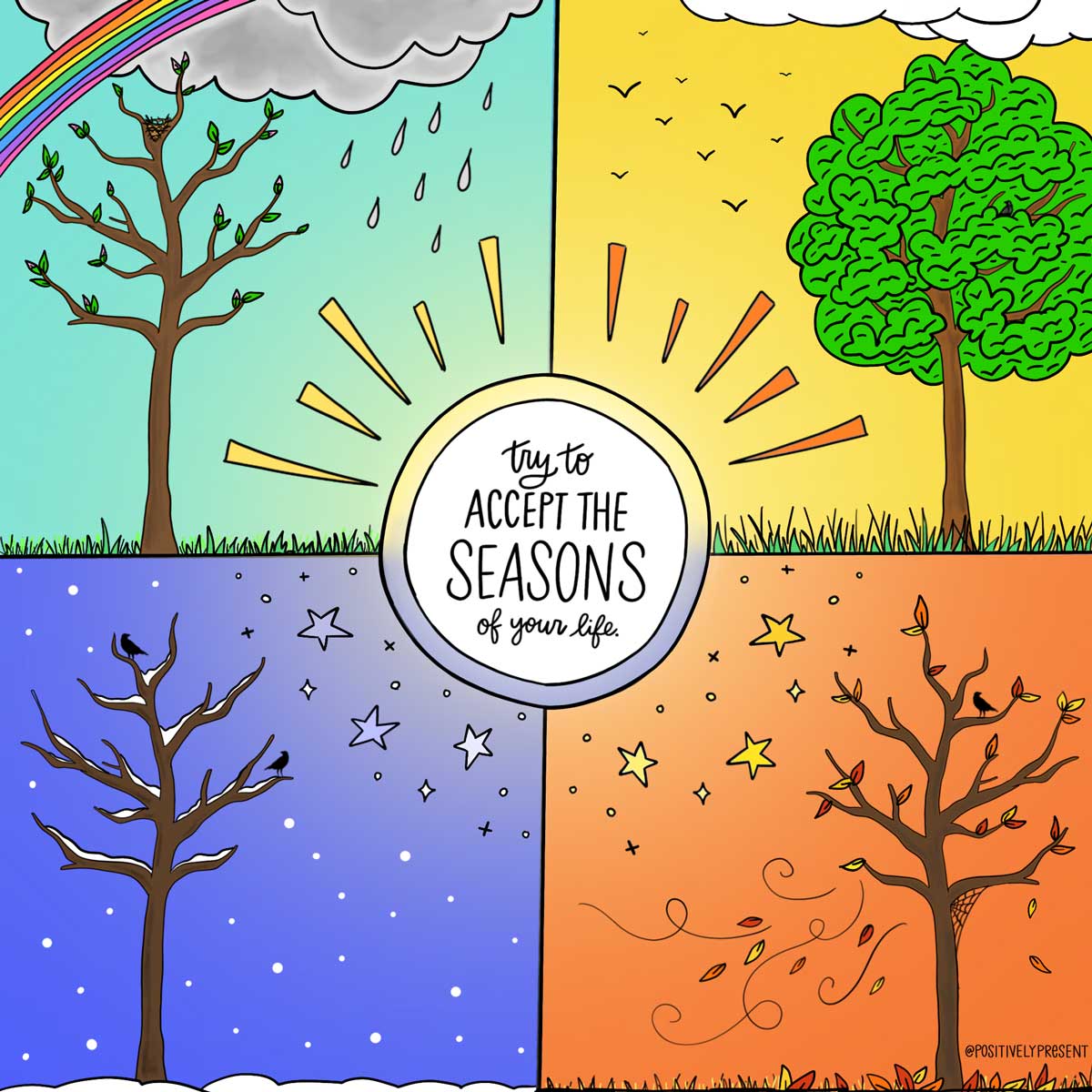 This illustration ©PositivelyPresent. Used with permission.

March can be a bit dismal, as many await the end of a long, gray winter, and the coming of Spring.

Keep everyone inspired with these quotes and sayings, each about the month of March.

March is the month of expectation.
~ Emily Dickinson

March: Its motto, “Courage and strength in times of danger.”
~ William Morris

Only those with tenacity can march forward in March.
~ Ernest Agyemang Yeboah 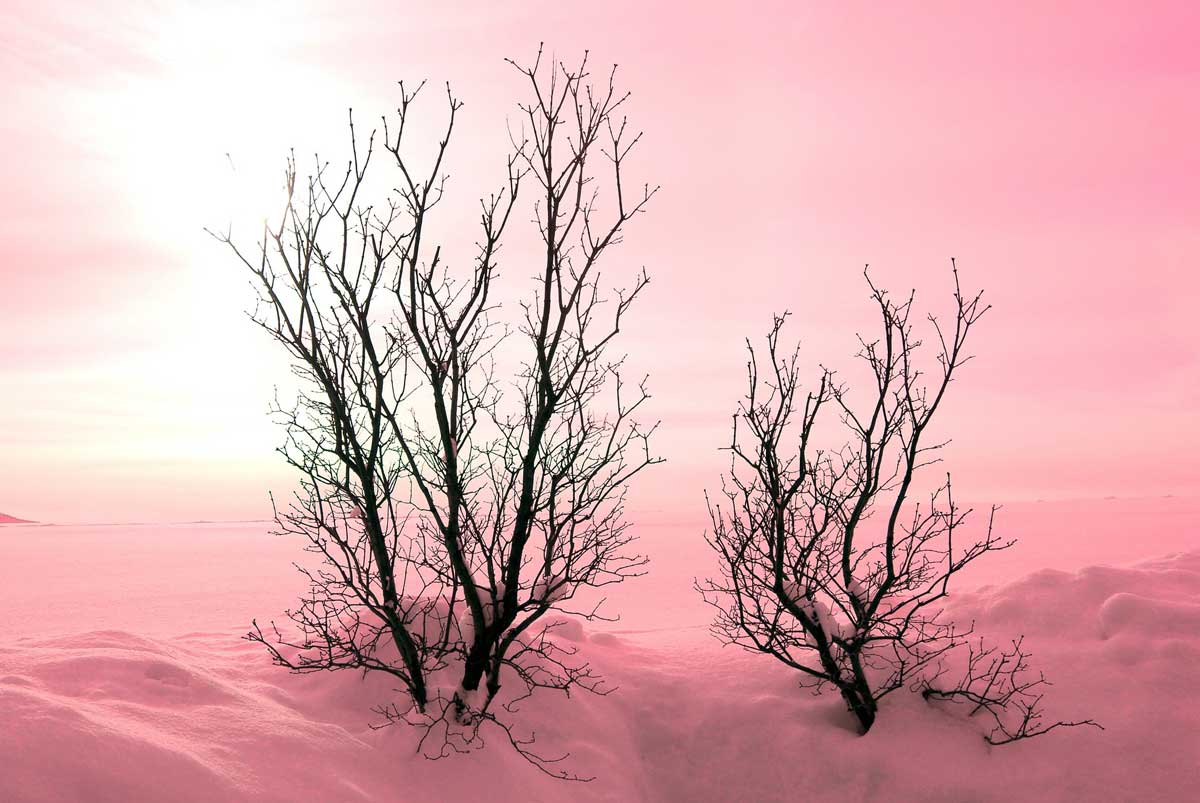 Our life is March weather, savage and serene in one hour.
~ Ralph Waldo Emerson

In March winter is holding back and Spring is pulling forward. Something holds and something pulls inside of us too.
~ Jean Hersey

One swallow does not make a summer, but one skein of geese, cleaving the murk of March thaw, is the Spring.
~ Aldo Leopold

It was one of those March days when the sun shines hot and the wind blows cold: when it is summer in the light, and winter in the shade.
~ Charles Dickens

Flowers and colours everywhere, I am so glad that March is here.
~ Anamika Mishra 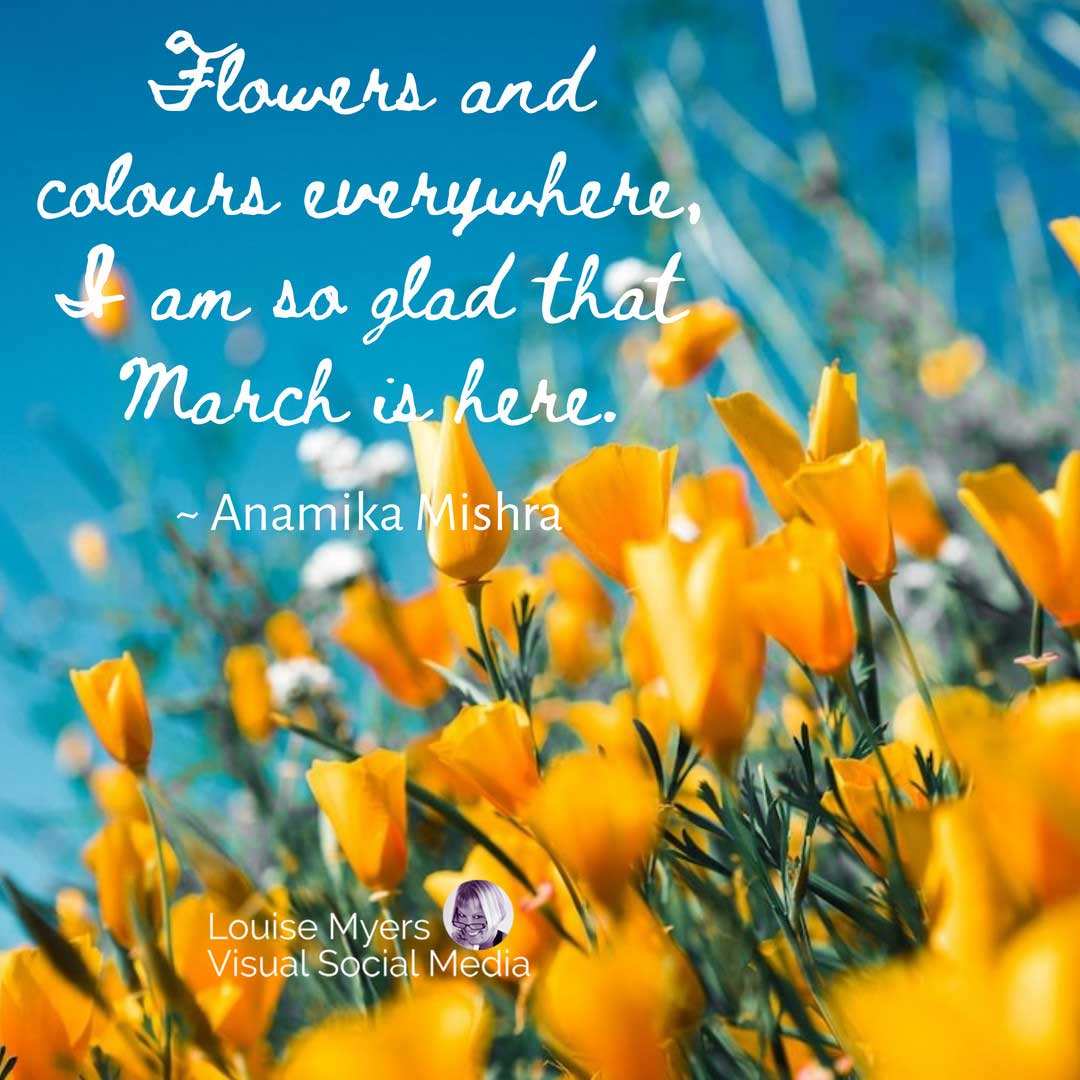 A light exists in Spring, not present in the year
At any other period, when March is scarcely here.
~ Emily Dickinson

Now when the primrose makes a splendid show,
And lilies face the March-winds in full blow,
And humbler growths as moved with one desire;
Put on, to welcome spring, their best attire…
~ William Wordsworth

It was March. The days of March creeping gustily on like something that man couldn’t hinder and God wouldn’t hurry.
~ Enid Bagnold

… There was great pleasure in watching the ways in which different plants come through the ground, and February and March are the months in which that can best be seen.
~ Henry N. Ellacombe

To welcome her the Spring breath’s forth Elysian sweets;
March strews the Earth with violets and posies.
~ Edmund Waller 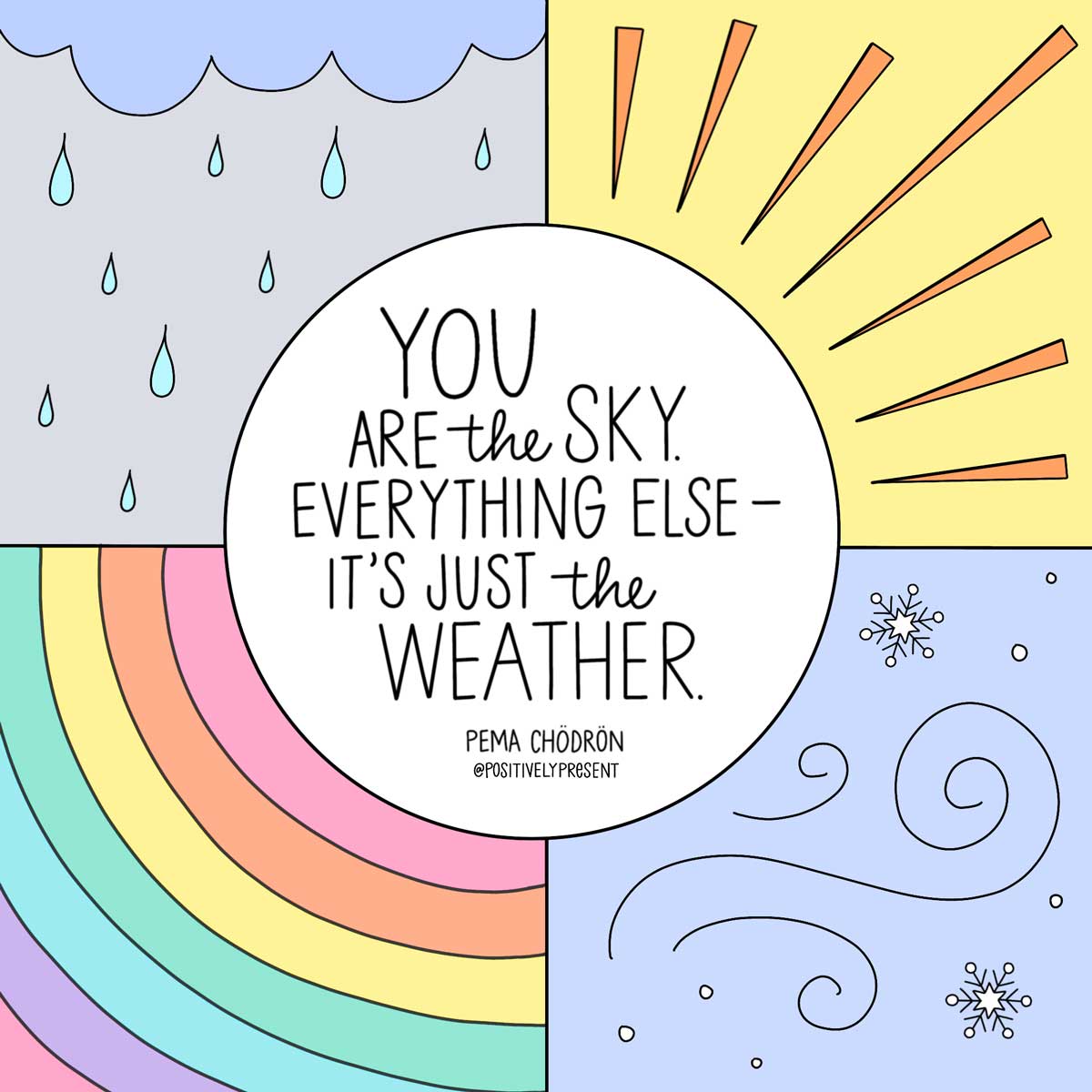 This illustration ©PositivelyPresent. Used with permission.

Stronger steps needed? Get some giggles with these funny sayings.

I try not to limit my madness to March.
~ Maxine

March is the month God created to show people who don’t drink what a hangover is like.
~ Garrison Keillor

March is a month without mercy for rabid basketball fans.
~ Hunter S. Thompson 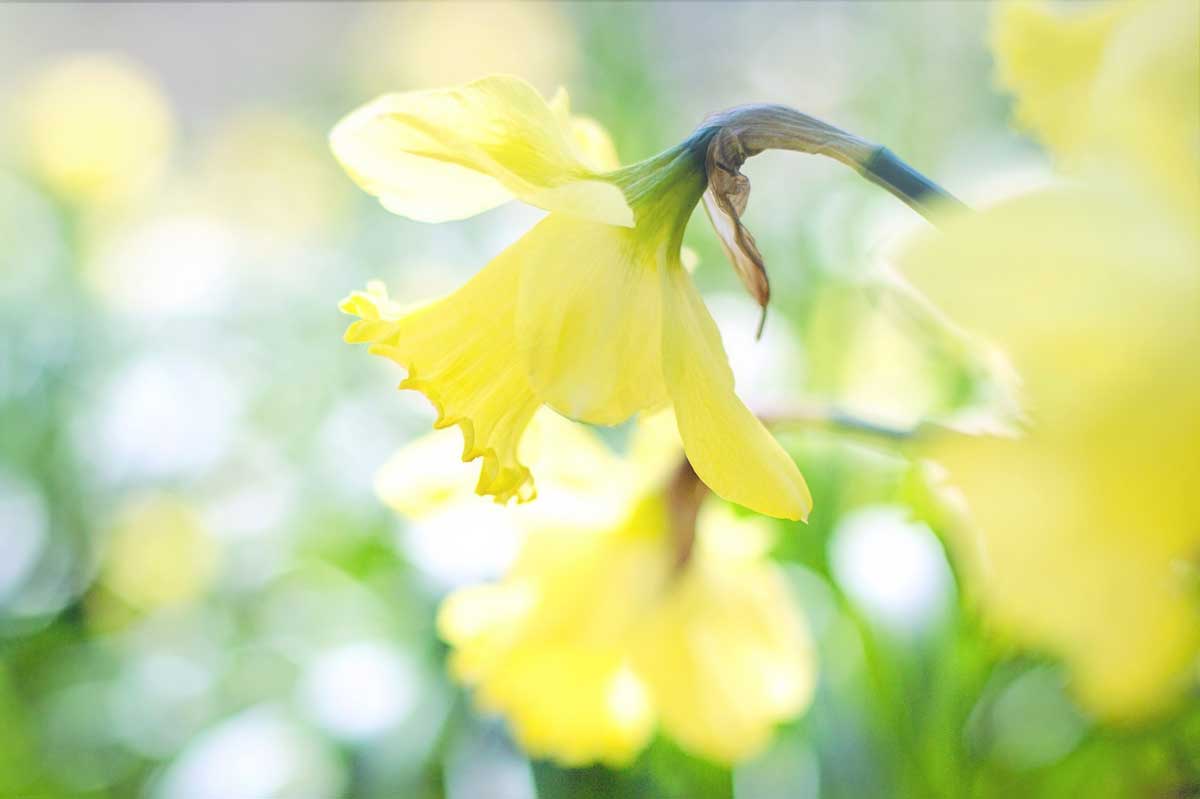 How terrible a time is the beginning of March. In a month there will be daffodils and the sudden blossoming of orchards, but you wouldn’t know it now. You have to take spring on blind faith.
~ Beatriz Williams

March bustles in on windy feet,
Sweeps my doorstep and my street.
~ Susan Reiner

A windy March is lucky. Every pint of March dust brings a peck of September corn and a pound of October cotton.
~ Julia Peterkin

This is the perfume of March: rain, loam, feathers, mint.
~ Lisa Kleypas

March to the beat of Spring!
~ Unknown 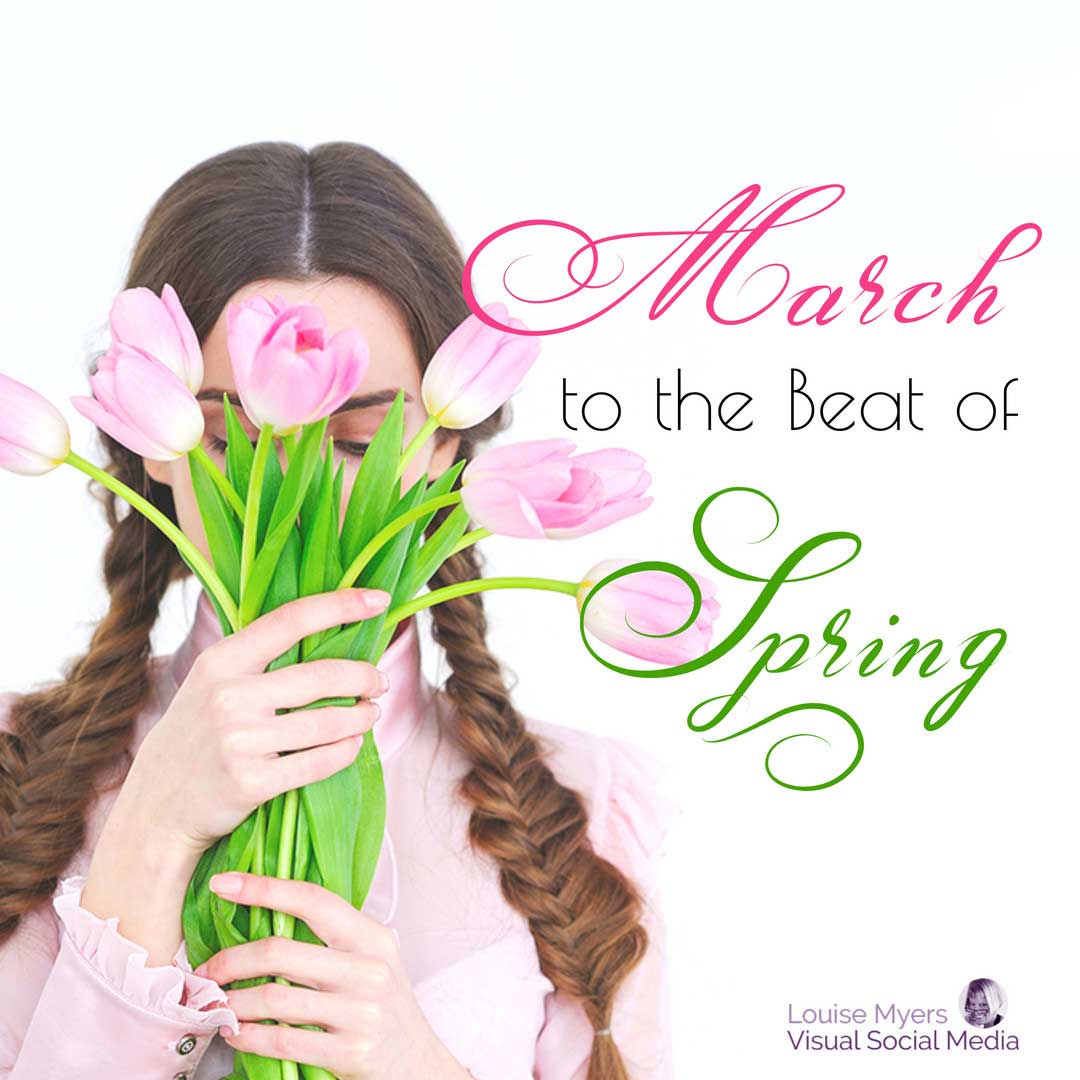 A cloud comes over the sunlit arch, a wind comes off a frozen peak, and you’re two months back in the middle of March.
~ Robert Frost

Poor March…
It is the homeliest month of the year. Most of it is MUD, every imaginable form of MUD, and what isn’t MUD in March is ugly late-season SNOW falling onto the ground in filthy muddy heaps that look like piles of dirty laundry.
~ Vivian Swift

Where did Gabriel get a lily, in the month of March,
When the green is hardly seen on the early larch?
~ Grace James

One Christmas, my father kept our tree up till March. He hated to see it go. I loved that.
~ Mo Rocca

Indoors or out, no one relaxes in March, that month of wind and taxes, the wind will presently disappear, the taxes last us all the year.
~ Ogden Nash

Fan of the funny? Check out these Mark Twain quotes. 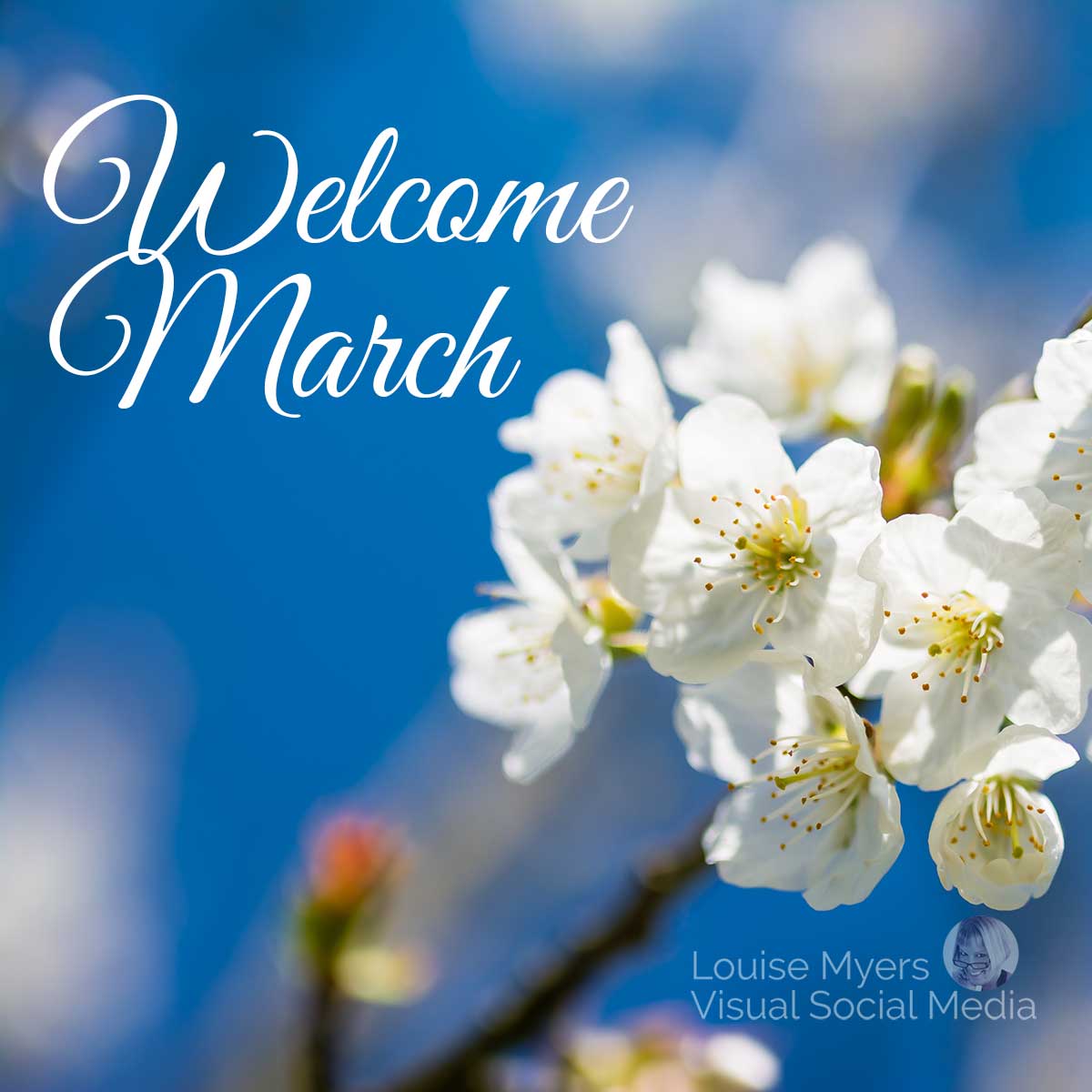 These Hello March quotes will help you and your followers welcome the new month. Perfect to inspire Instagram post ideas!

Hello March!
Be lucky for me.

March is here!
Spring is in the air. 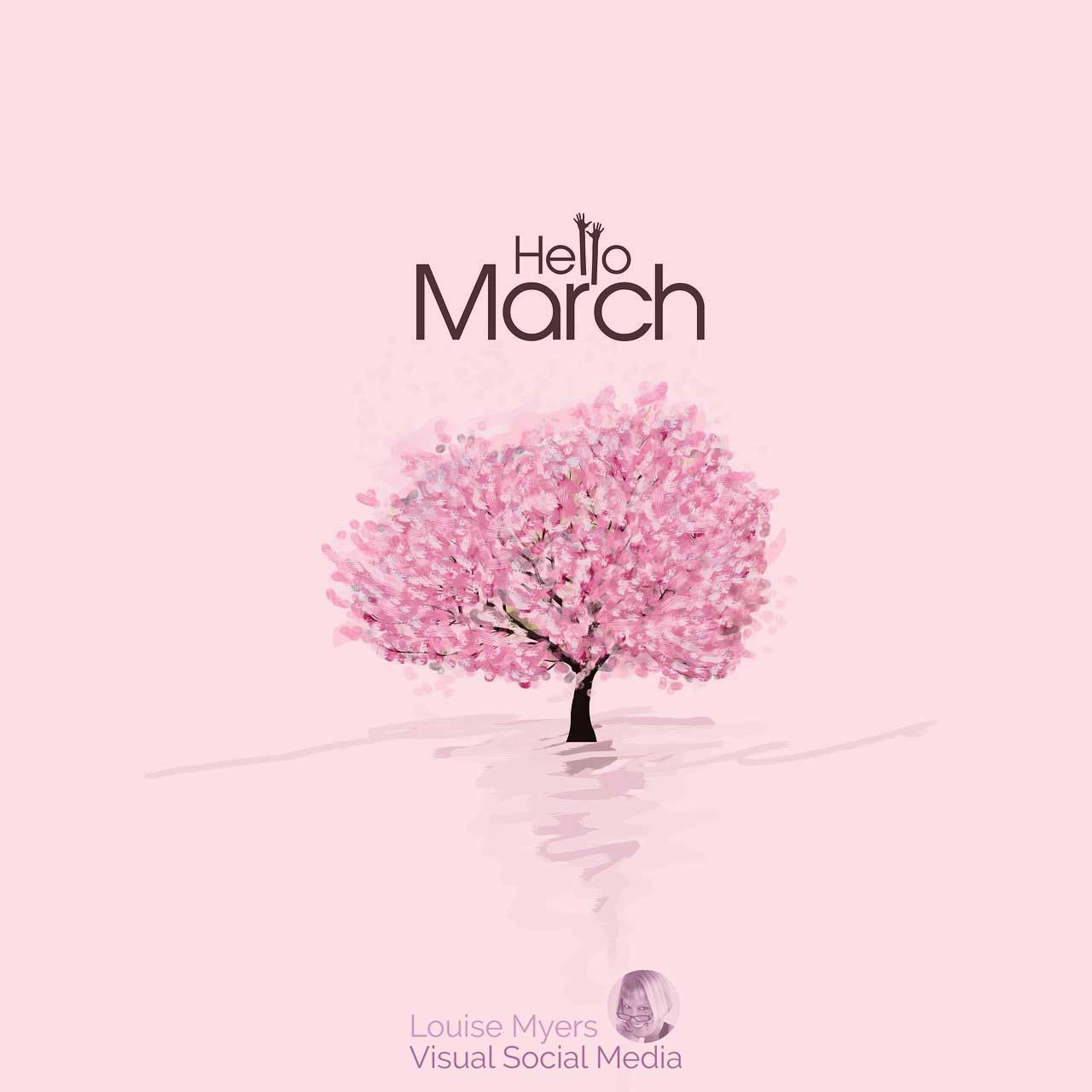 March has arrived!
Spring is on the way. 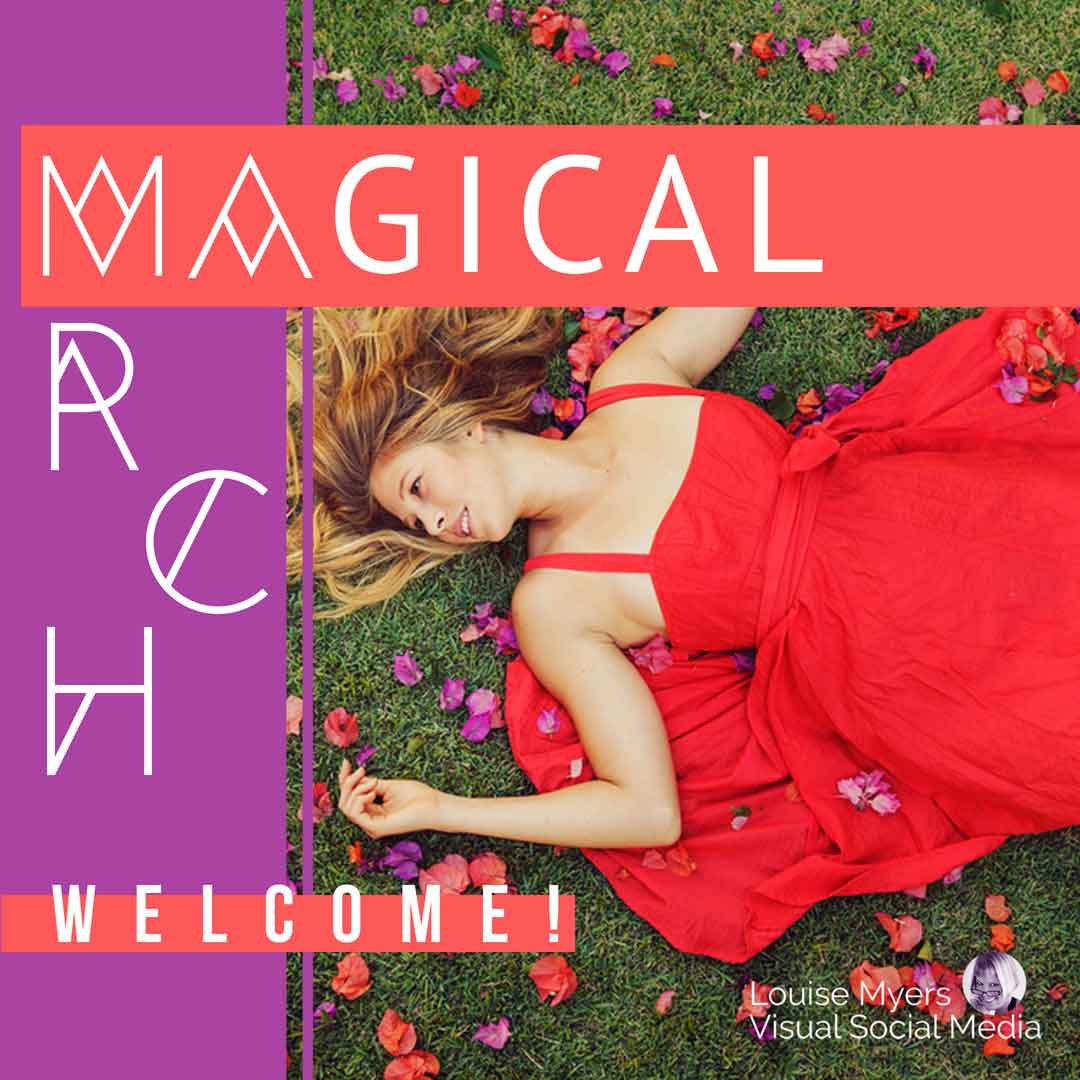 Happy March!
May the luck of the Irish be with you all month long.

Welcome to March, when the snow season gradually gives way to the mud season!

Goodbye, February. Feel free to take Winter with you on your way out! 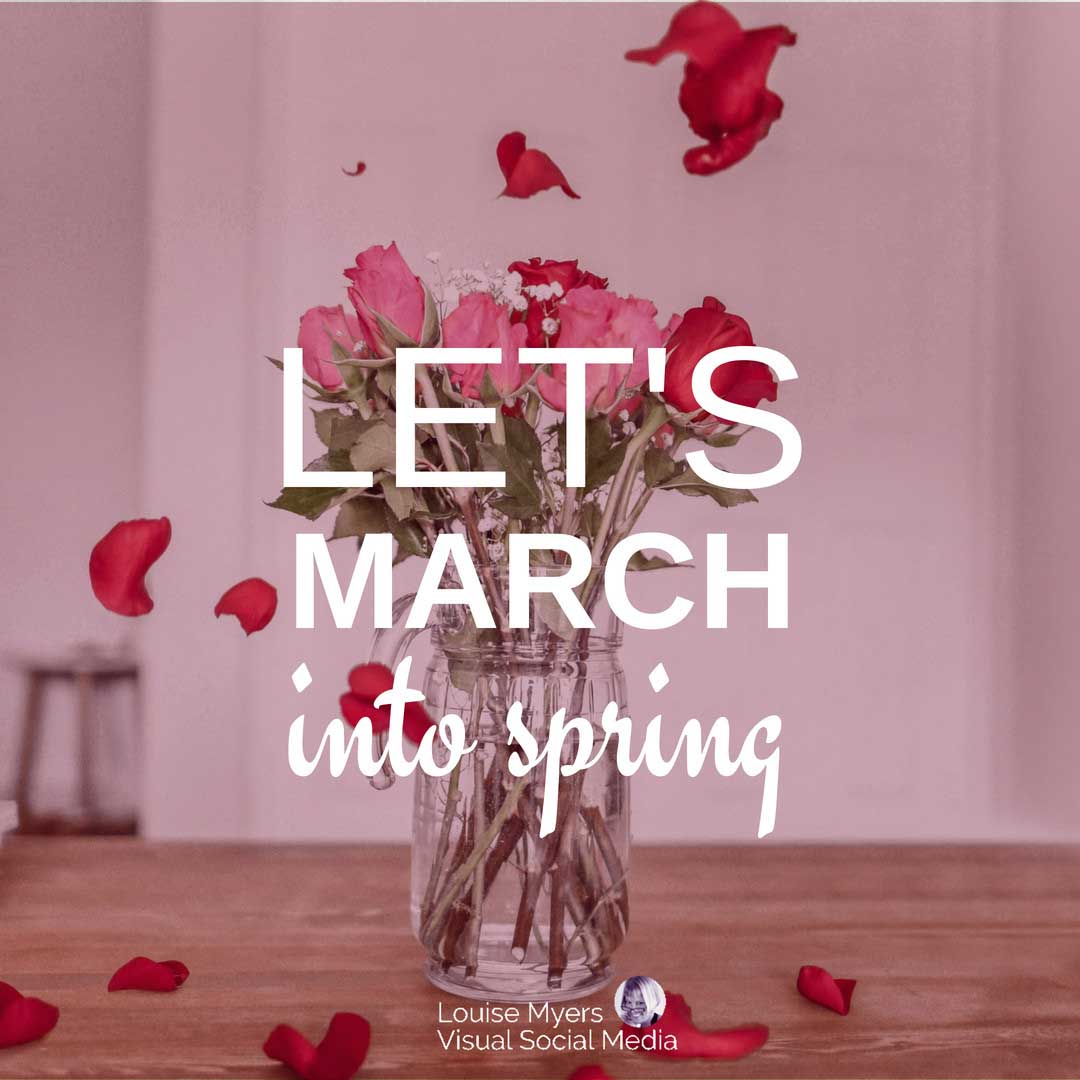 Is that March I see?
Yippee!

Bye February, thanks for the memories.
Hi March, I look forward to making new ones!

The stormy March has come at last,
With winds and clouds and changing skies;
I hear the rushing of the blast
That through the snowy valley flies.
~ William C. Bryant

Still wintry where you are? Try these snow quotes. 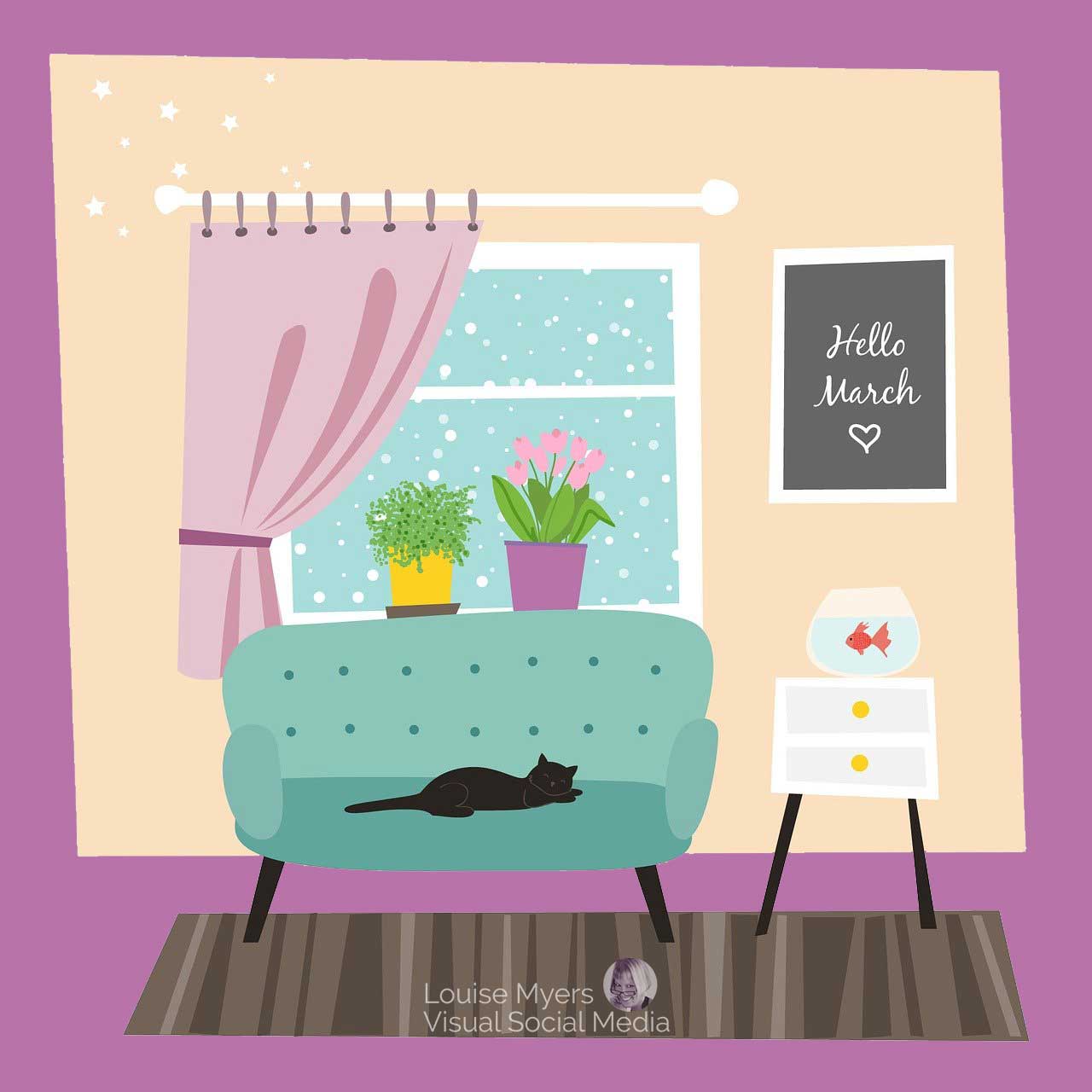 As surely as it comes, March will leave us. Celebrate with these quotes!

March comes in with an adder’s head, and goes out with a peacock’s tail.
~ Richard Lawson Gales

When March is done, you’ll need these April quotes. 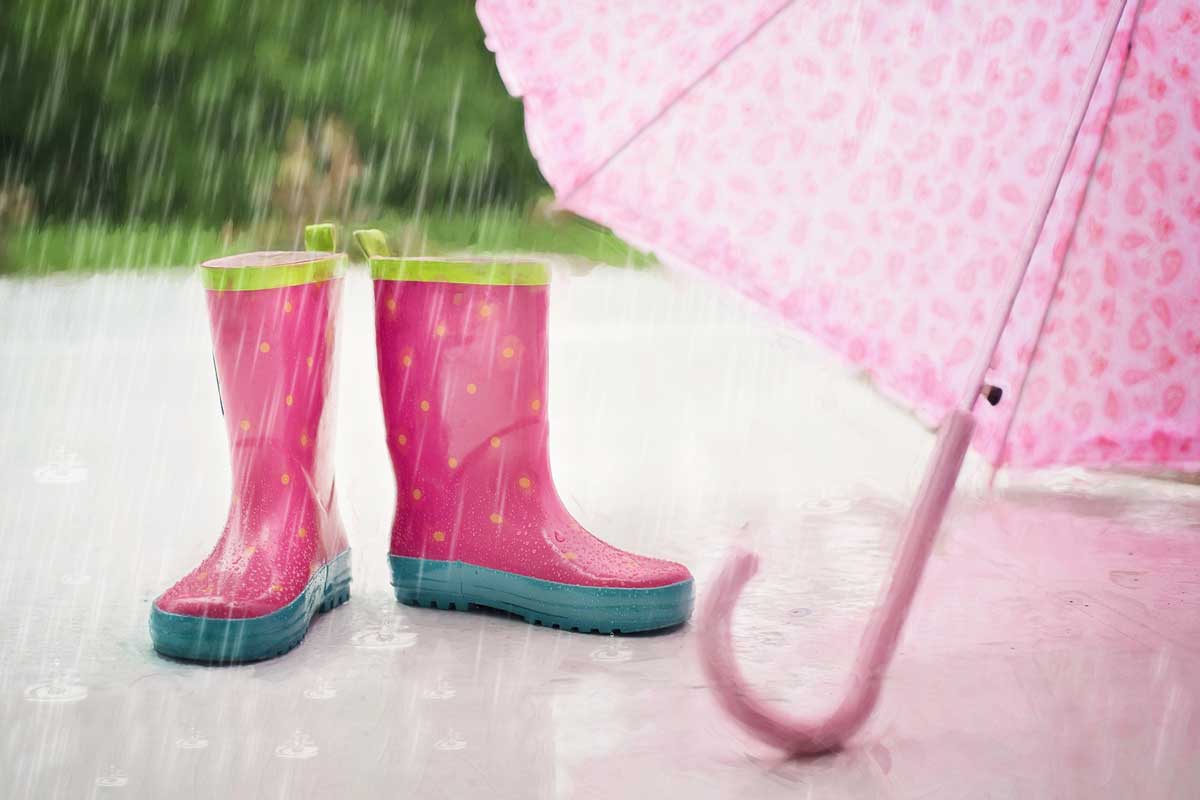 Sweet and clever quotes about the month of March.

Springtime is the land awakening.
The March winds are the morning yawn.
~ Lewis Grizzard

March is a tomboy with tousled hair, a mischievous smile, mud on her shoes and a laugh in her voice.
~ Hal Borland

March, when days are getting long,
Let thy growing hours be strong
To set right some wintry wrong.
~ Caroline May 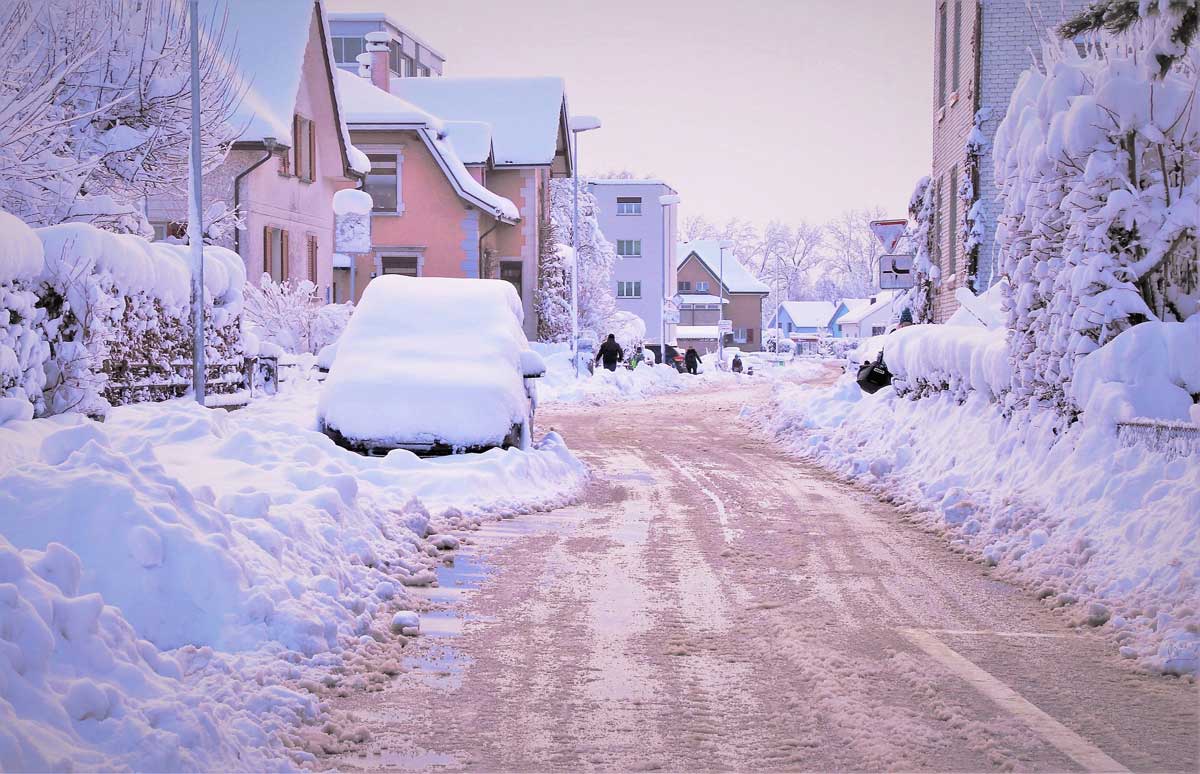 Winds of March, we welcome you,
There is work for you to do.
Work and play and blow all day,
Blow the winter wind away.
~ Unknown

March came in that winter like the meekest and mildest of lambs, bringing days that were crisp and golden and tingling, each followed by a frosty pink twilight which gradually lost itself in an elfland of moonshine.
~ L.M. Montgomery

As through the poplar’s gusty spire, the March wind sweeps and sings,
I sit beside the hollow fire, and dream familiar things;
Old memories wake, faint echoes make a murmur of dead springs.
~ Chambers’s Journal of Popular Literature 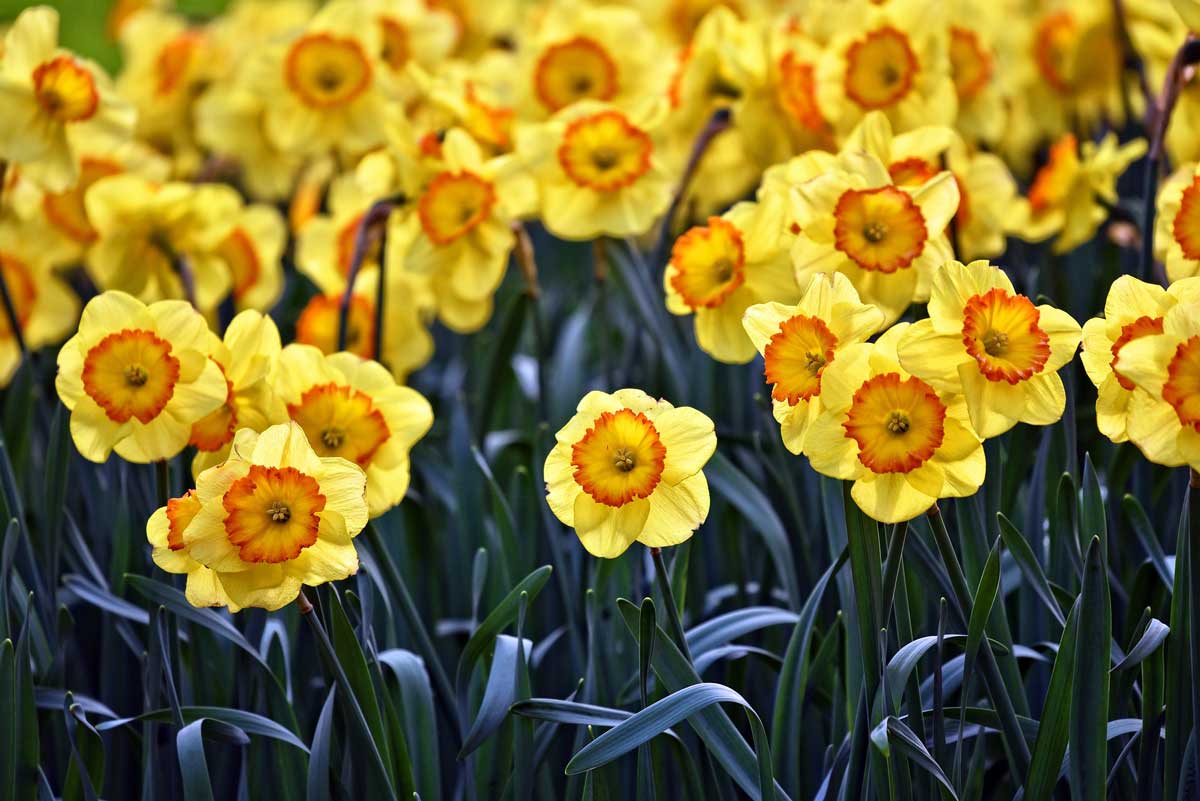 The ides of March is a concept from the ancient Roman calendar. Ides comes from a Latin word meaning “to divide.”

In the case of March, May, July, and October, the Ides fell in the middle of the month, on the 15th day.

Shakespeare famously brought this word to more modern times in 1601 when he penned Julius Caesar.

The ides of March are come.
Ay, Caesar; but not gone.
~ William Shakespeare 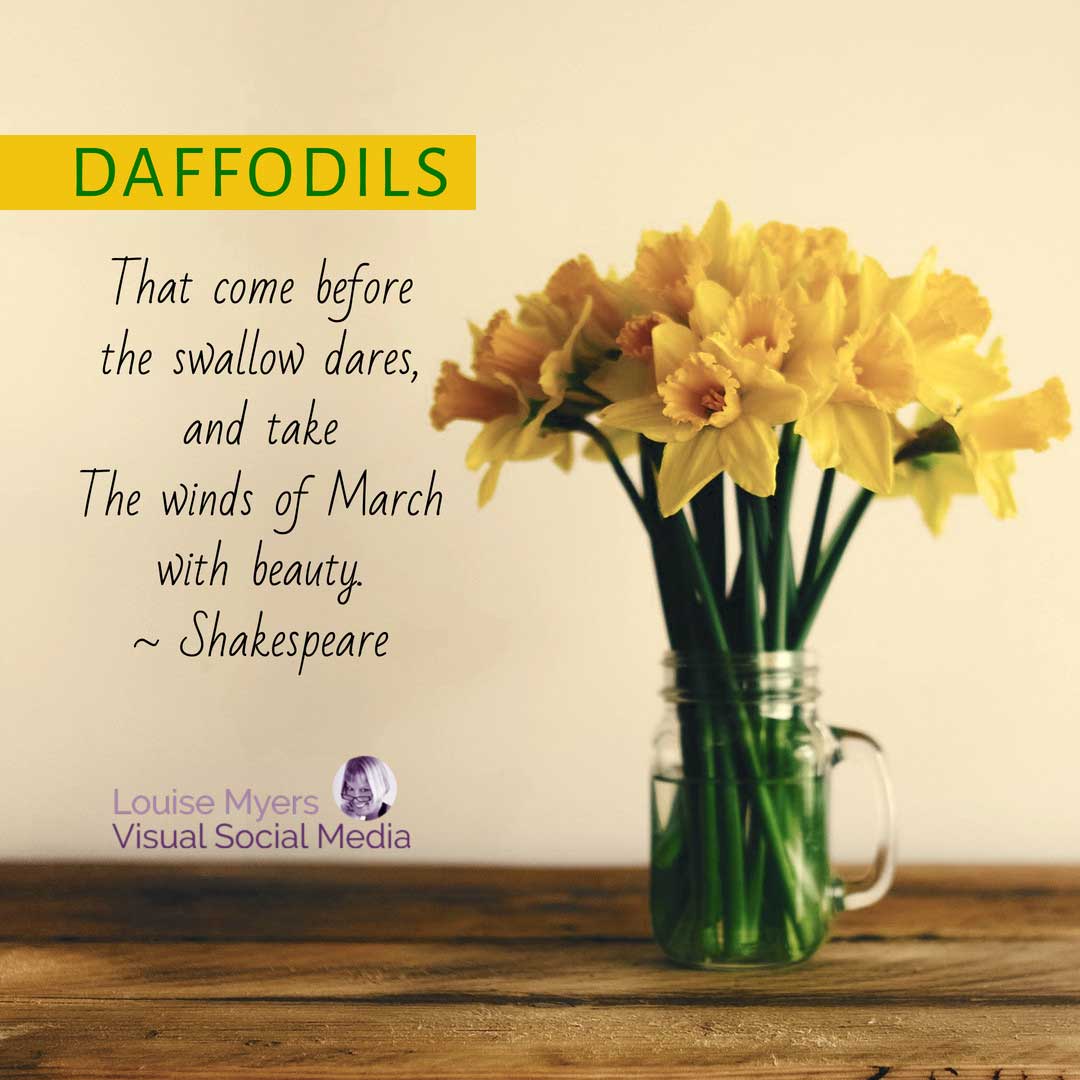 Plus another of the Bard’s musings on March:

Daffodils,
That come before the swallow dares, and take
The winds of March with beauty.
~ William Shakespeare, Winter’s Tale

There’s a lot to be said about miserable weather in March! These famous quotes say it well.

Up from the sea, the wild north wind is blowing
Under the sky’s gray arch;
Smiling, I watch the shaken elm-boughs, knowing
It is the wind of March.
~ John Greenleaf Whittier

By March, the worst of the winter would be over. The snow would thaw, the rivers begin to run and the world would wake into itself again.
~ Neil Gaiman

March, master of winds, bright minstrel and marshal of storms that enkindle the season they smite.
~ Algernon C Swinburne

In March the soft rains continued, and each storm waited courteously until its predecessor sunk beneath the ground.
~ John Steinbeck

March was an unpredictable month, when it was never clear what might happen. Warm days raised hopes until ice and grey skies shut over the town again.
~ Tracy Chevalier

March is a month of considerable frustration it is so near spring and yet across a great deal of the country, the weather is still so violent and changeable that outdoor activity in our yards seems light-years away.
~ Thalassa Cruso

My father was often impatient during March, waiting for winter to end, the cold to ease, the sun to reappear. March was an unpredictable month when it was never clear what might happen. Warm days raised hopes until ice and grey skies shut over the town again.
~ Tracy Chevalier

Despite March’s windy reputation, winter isn’t really blown away; it is washed away. It flows down all the hills, goes swirling down the valleys and spills out to sea. Like so many of this earth’s elements, winter itself is soluble in water…
~ The New York Times

Share anticipation of better weather with these Spring quotes. 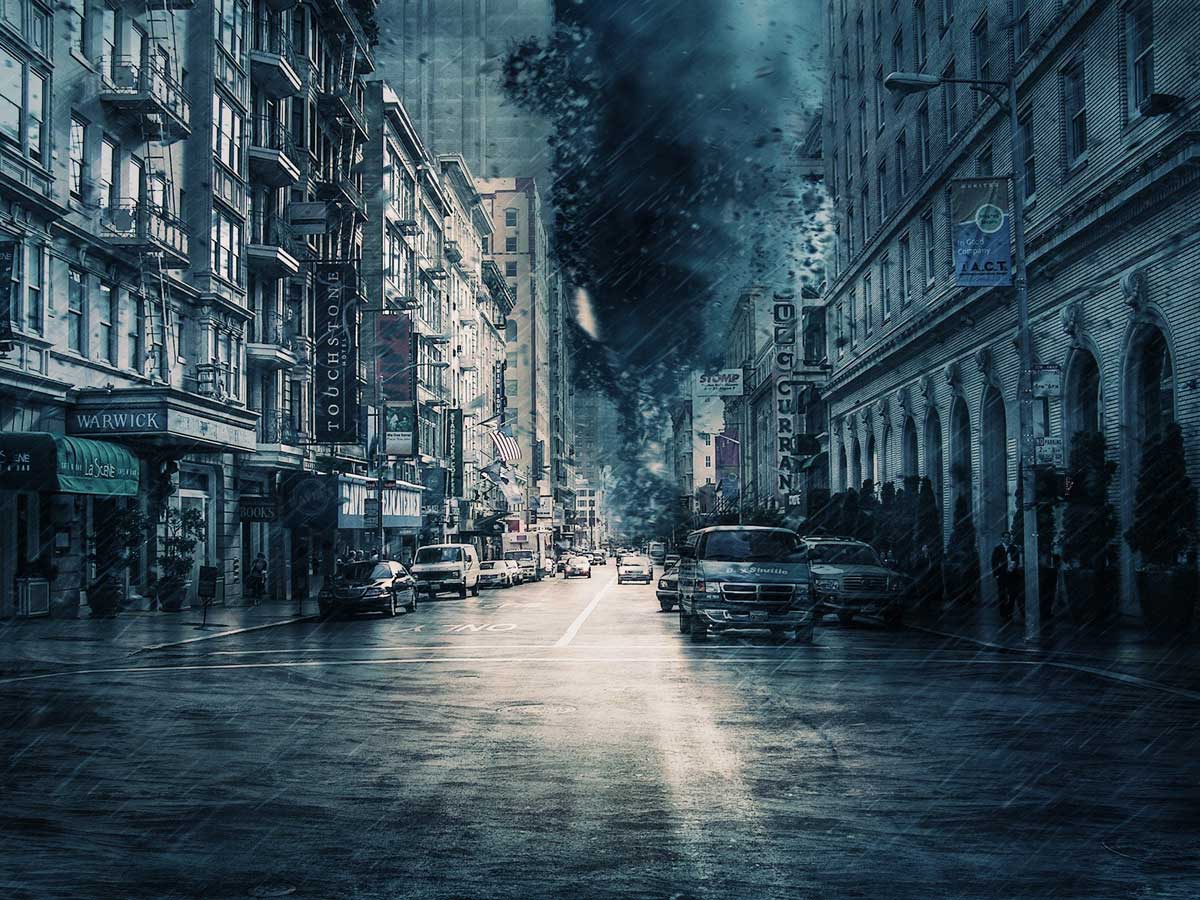 Did you enjoy my collection? Spread the fun of March quotes! Pick a few to make picture quotes online, or use apps to add text to photos.

Business folks will want to check my March marketing ideas. And this gigantic list of 400 March holidays is not to be missed by any fun lovers.

Want more quotes? Visit my list of the best quote sites to find quote collections for every season and reason.